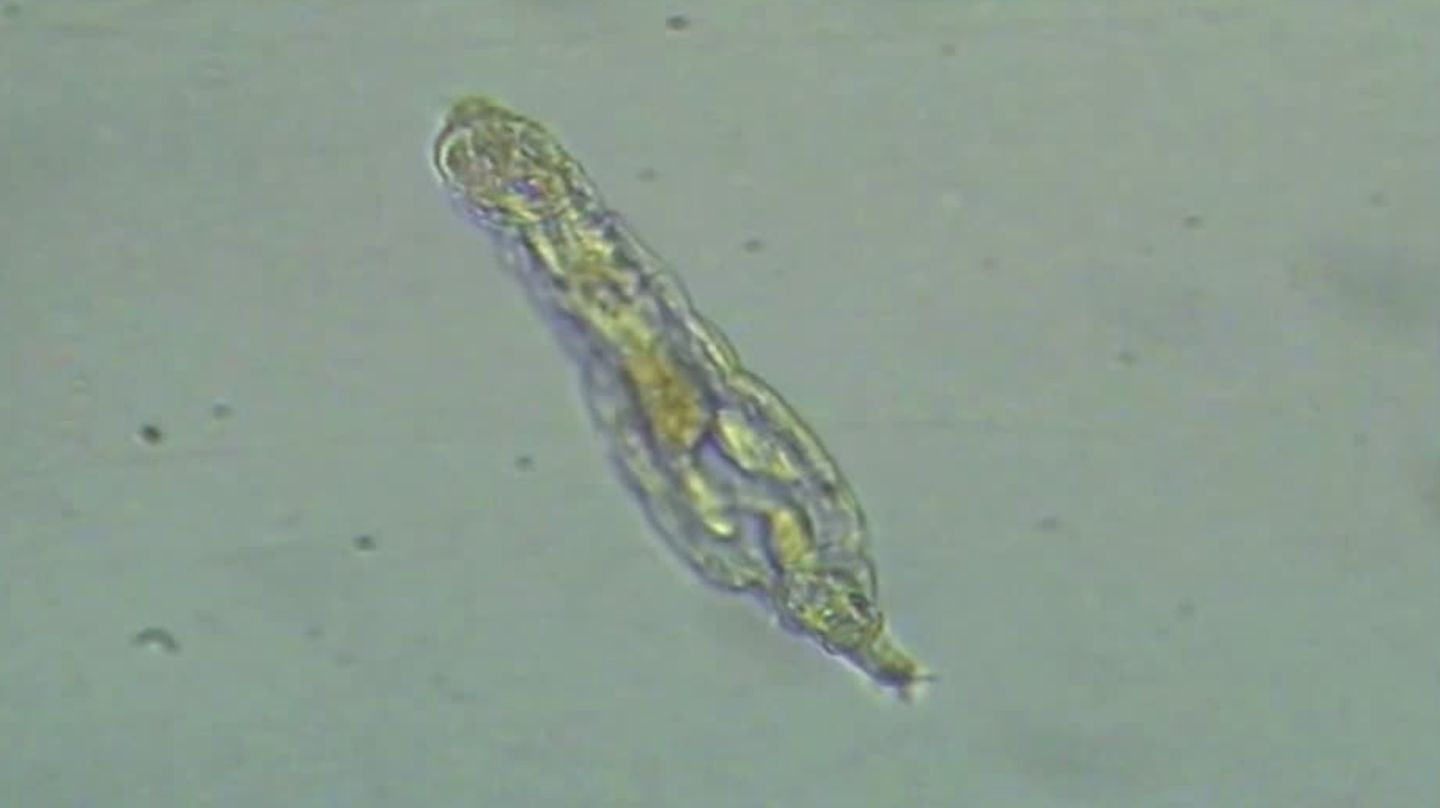 See in the video: After 24,000 years in permafrost – tiny worm comes to life again.

This microscopic organism is thousands of years old and yet very alive. Researchers from the Russian Institute of Soil Science have discovered this member of a class of so-called rotifers in the soil in northeast Siberia. According to her, the tiny animal was buried in permafrost for 24,000 years. Stanislaw Malyawin is one of the researchers: “It may not really be comparable, but think of a person who is clinically dead and then comes back. This is more normal for these organisms. The comparison is not entirely correct, because the human metabolism is in this state not like that of these creatures. They can shut down their metabolism in such a way that it can no longer be scientifically proven. So we cannot say whether they do not stop it completely. At any rate, it is very slow. ” The organism found in freshwater habitats around the world is known to withstand extremely low temperatures. “Your cells are damaged after this extreme resting phase and they need some time to rebuild their physiological functions.” The researchers found the organism at a depth of around 3.5 meters. The soil samples could be dated and, according to the researchers, are up to 24,485 years old.