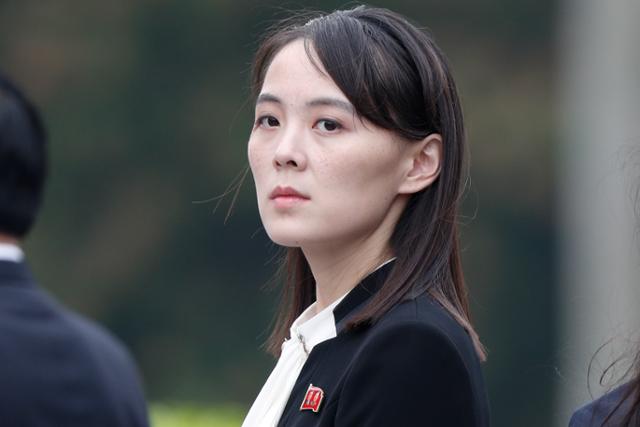 Kim Yeo-jung, deputy director of the Workers’ Party of Korea, said, “It will be an uninteresting prelude that further cloud the future of inter-Korean relations.” This is a warning message that came five days after the restoration of communication lines that had been cut off for 13 months due to the exchange of personal letters between the leaders of the two Koreas on the 27th of last month. This is in response to pressure on the South Korean government, which wanted to use the restoration of communication lines as a driving force for restarting the peace process on the Korean Peninsula at the end of his term.

Deputy Director Kim said in a statement released through the Korean Central News Agency on the 1st, “I keep hearing unpleasant voices that the joint military exercise between the South Korean and American forces can go ahead as scheduled for several days.”

“The military exercises that are being conducted in such an important time of reversal seriously undermine the will of the leaders of the north and the south, who want to take the step of restoring trust again,” Kim said. “We have never discussed the size or form of the joint military exercise,” he added.

Regarding the possibility of an inter-Korean summit due to the restoration of the communication line as an opportunity, he said, “It is only a physical reconnection of a disconnected thing, and it should not have any more meaning. There is,” he drew a line.

The ROK-U.S. military authorities have decided to conduct the ROK-U.S. exercise for nine days starting from the 16th as originally scheduled. However, in consideration of the situation such as the 4th pandemic of the novel coronavirus infection (COVID-19), the number of training personnel and scale has been reduced to be similar to the training in the first half of this year.

However, as North Korea puts pressure on the postponement or cancellation of the training rather than reducing it, the scope of the South Korean government’s movement seems to be narrowing, as in the statement of Vice President Kim. A high-ranking Ministry of Unification official said on the 30th of last month, “It would be good to postpone the ROK-US exercise. It is desirable to postpone the exercise.”

In a phone call with U.S. Secretary of Defense Lloyd Austin on the same day, Defense Minister Seo Wook delivered a position to the effect that “I hope the training will be conducted flexibly in consideration of the COVID-19 and inter-Korean relations.” passed on