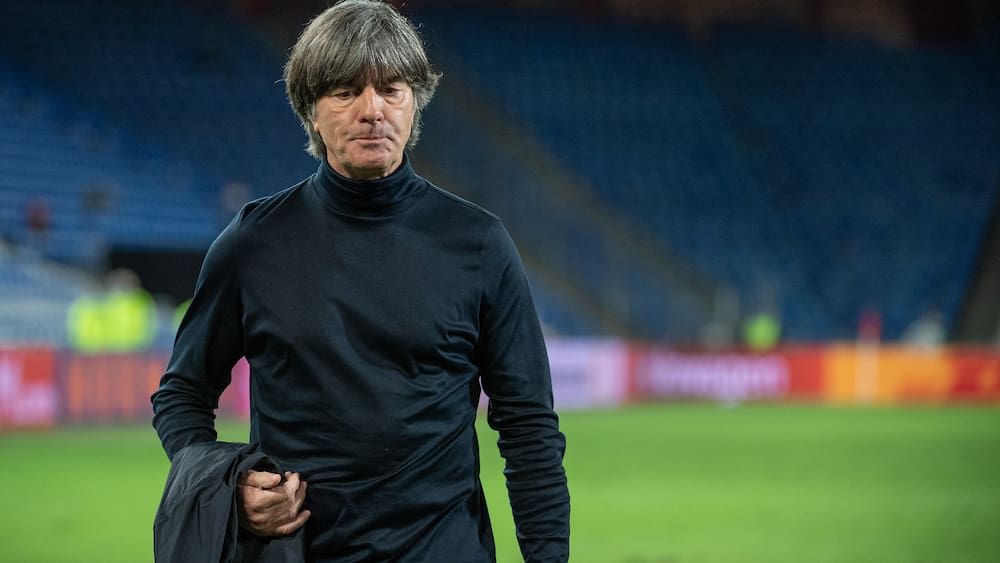 On Monday, the DFB Presidium will hold a conference call to discuss how the national team will continue. And finally: Jogi Löw remains a trainer! As it is said in a message, it was mutually agreed that “the path of renewal of the national team with national coach Joachim Löw, which has been taken since March 2019, will continue unreservedly”. The recommendation of the executive committee and national team director Olivier Bierhoff is being followed. Before that, the situation around Löw and his team had sparked lively discussions. And you wondered when a decision would be made.

Only three wins in 2020 – plus four draws (a 1-1 and a 3-3 against the Nati) and most recently the historic 6-0 debacle against Spain. For DFB coach Jogi Löw (60) it is getting more and more uncomfortable!

Will the 2014 world champion trainer continue to be trusted? The decision should be made on Friday. According to the “Süddeutsche Zeitung”, a preliminary summit is planned for Tuesday – with Löw, DFB President Fritz Keller, Vice Peter Peters and National Team Director Oliver Bierhoff.

Headwind is increasing within the association

Spicy: After that, the executive committee should first be informed about the conversation. But that is exactly what causes displeasure among the top of the DFB! “The decision on the national coach is the responsibility of the Presidium, not the Presidial Committee. Such an approach is inappropriate and also damages the national coach, because it takes too long and is indifferent, ”says an anonymous member of the presidium in the“ Bild am Sonntag ”.

Apart from the confusion of the DFB: The headwind for Löw is increasing within the association. A dismissal of the man who has been on the sidelines in 188 international matches since 2006 is by no means unlikely – although in the event of a separation it would probably amount to a voluntary resignation from Löw.

Defensive planlessness, too many experiments, the generation change in the team with manageable success: the criticism of Jogi increased massively in 2020. And the humiliation in Spain in mid-November made the rustling in the German forest of leaves even louder and louder. “That was terrible,” said world champion hero Bastian Schweinsteiger after the 0: 6. Record national player Lothar Matthäus then said that Löw had “missed the perfect time to retire”.

Lahm calls for “reinvention” of the team

The media, led by “Bild”, have been speculating about a Jogi farewell for weeks. The magazine “11 Freunde” is of the opinion: “Löw has to correct himself – or leave”. The “Hamburger Morgenpost” writes: “Thanks for everything, Jogi! But we have to part with you ». The “kicker” also asks: “Is Joachim Löw still the right national coach?”

Ex-Captain Philipp Lahm recently joined the discussion. He calls for a “reinvention” of the German national team. “It has to start now. And it has to become visible very quickly. The spark has to jump over! ” As early as 2018, Lahm said that “Jogi Löw must adapt his speech to this generation”. A reinvention? With a Jogi Löw who will soon find another access to the new player selection? Or maybe with a change of coach? In a few days we will know … (mpe)