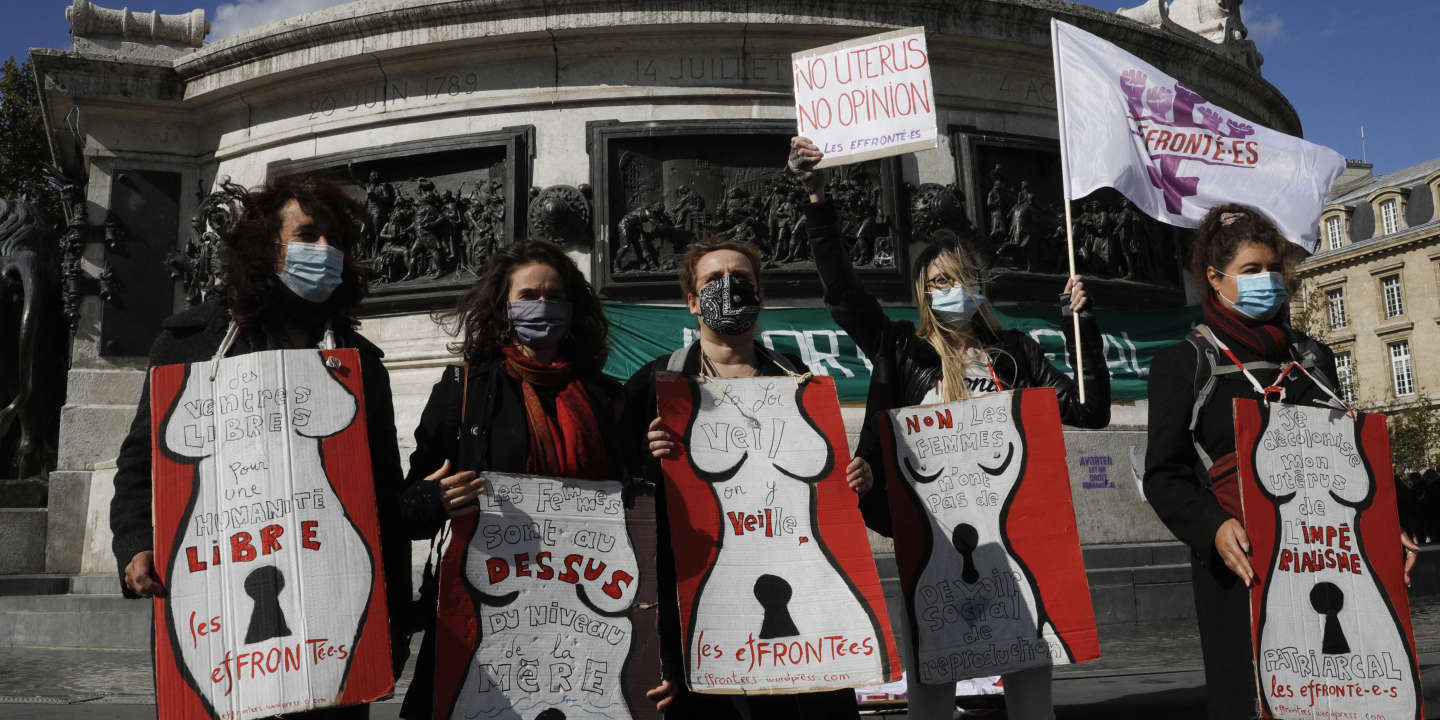 Should this be seen as yet another consequence of the health crisis linked to Covid-19? The use of abortion fell slightly in 2020 compared to the previous year, by around 4%, according to official figures from the Directorate of Research, Studies, Evaluation and Statistics (Drees) published Tuesday, September 28. In 2020, 222,000 women experienced a voluntary termination of pregnancy (abortion), a level comparable to that of 2018, after a peak observed in 2019.

Article reserved for our subscribers Read also Free contraception up to age 25: “It’s a good start, but there is still a lot to do! ”

Observing that the decrease in the number of abortions is particularly strong in May, June, and to a lesser extent in July, the DREES defends the hypothesis of a general decline in procreation to explain it, already highlighted by the statistics from INSEE, which recorded a sharp drop in births from November 2020. “The main impact of confinement would be a concomitant drop in the number of pregnancies, whether desired or unwanted, which results in a drop in abortions particularly marked in May and June”, say the authors of the publication.

Closure of abortion centers, conscience clause specific to abortion, delays in making appointments which lead to deadlines … In recent years, feminist associations such as Family Planning as well as health professionals have several times, alerted to the difficulties of access to abortion. With the pandemic and the containment hovered the risk that these complications would be further increased.

If this may have been the case locally, the data at the national level tend to show that, despite the crisis, health professionals have managed to mobilize to ensure respect for this right, in particular thanks to “A recourse outside a hospital environment (…) facilitated by ad hoc measures ” taken by the government in the spring of 2020. Among them, the possibility of obtaining a contraceptive pill in pharmacies without a recent prescription, the extension of home teleconsultation and the lengthening of the deadlines for medical abortions (which represent 72% of all interventions, compared to 68% in 2019) until the end of the seventh week of pregnancy. Abortions performed in health establishments have become even rarer, rising to 154,000 in 2020 against 170,000 in 2019.

You have 22.16% of this article to read. The rest is for subscribers only.