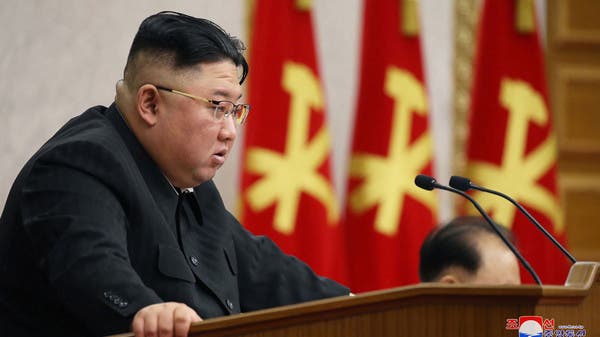 On Thursday, North Korea confirmed its first infection Corona virus in the country, in a situation described by state media as a “serious national emergency.”

The official Korean Central News Agency said that the infection “consistent with” Omicron, a mutated version of the Corona virus that has a high ability to spread.

North Korean leader Kim Jong-un vowed Thursday to “overcome” the “Covid-19” pandemic by implementing an “emergency” quarantine system, after officially announcing the first infection with the virus in the country.

“The goal is to eradicate the roots (of the pandemic) in the shortest possible period of time,” the official Korean Central News Agency quoted Kim as saying during an emergency meeting held by the Politburo.

The agency added that the leader “assured us that thanks to the high degree of political awareness that the people enjoy… we will certainly overcome the state of emergency and succeed in the emergency quarantine project.”

Close neighborhoods across the country

Kim ordered tighter border controls and epidemic containment measures, calling on his citizens to “prevent the spread of the insidious virus by completely closing their neighborhoods in all cities and provinces across the country,” according to the agency.

The leader also announced that all production and commercial activities would be organized so that every business unit would be “isolated” to prevent the spread of the virus.

North Korea has completely closed its borders since the start of the pandemic in 2020.

As of Thursday, Pyongyang had not announced any confirmed cases of COVID-19.

According to the World Health Organization, North Korea conducted 13,259 COVID-19 tests in 2020, all of which were negative.

Observers believe that North Korea’s health system is too weak to face a large-scale pandemic.

This is happening at a time when American epidemiologists expected that the coming summer will be calm and different from the summer of the past two years, which witnessed a sharp rise in cases of Covid-19, hospitalizations and death.

Although health experts expect a rise in cases, they said the wave “will not be as devastating as the previous two summers”.

Unlike the previous two summers, many have some immunity to the coronavirus, which was gained from previous vaccines, boosters and infections, and people also have access to antiviral drugs that can prevent unvaccinated people from entering hospitals.

Experts built this optimistic view of their summer expectations, based on the trends of the Corona virus in the spring, as cases declined after the increase in infections in the winter due to the Omicron mutant, then stabilized and began to rise again in the spring. For example, an analysis of Johns Hopkins University data showed that the frequency of cases doubled last April, compared to the previous month, to about 54,000 cases per day, but in return for this increase in the number of injuries, the average death rate decreased to 327 cases per day, i.e. About half of what it was at the end of March.

The month ended with 17,288 patients with Covid-19 in hospital, which is not much higher than the end of March of 16,032 patients.

Although the Corona virus is unpredictable, which makes it difficult to predict the situation in the summer, Keri Altoff, professor of epidemiology at Johns Hopkins University, says in a report published two days ago by USA Today: “Unless a devastating variant emerges that vaccines and the protection offered by previous infections fail to counter, we will be well past the acute phase of the pandemic.”

However, passing the acute phase of a pandemic does not mean moving to an endemic phase of the virus, such as influenza, to become seasonal, resulting in a week or two of infections with a low risk of serious illness or death.