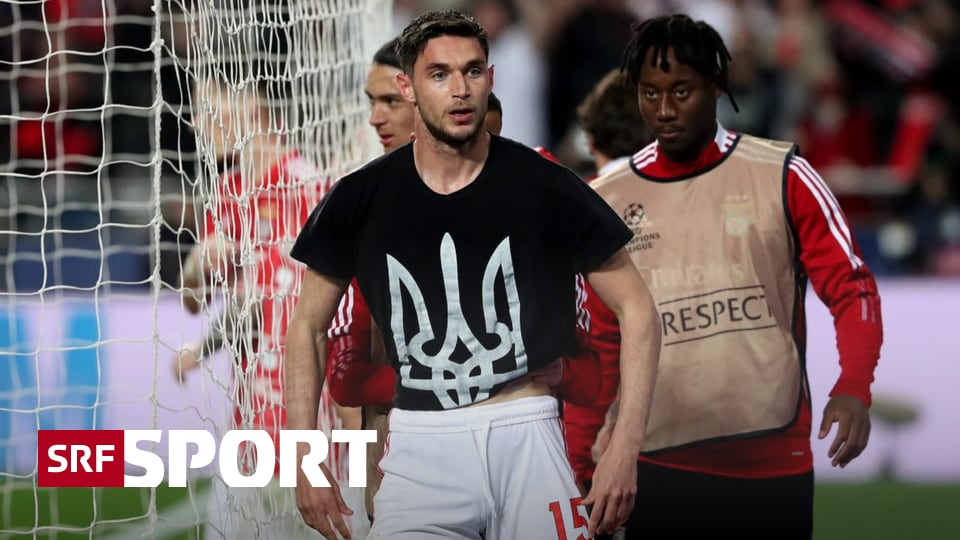 The Ukrainian striker caused a stir in the “premier class” with a special goal celebration.

The Ukrainian national soccer player Roman Yaremchuk has followed his goal for Benfica Lisbon in the round of 16 of the Champions League with a message to his home country.

support for the homeland

After equalizing 2-2 final score against Ajax Amsterdam the striker took off his jersey and wore a black T-shirt with the coat of arms of Ukraine in view of the escalation in the conflict with Russia. «I wanted to support my country. I’ve thought about it a lot and I’m scared of the situation,” said the 26-year-old after the game on Wednesday CNN Portugal. “The club supports me, they spoke to me and wanted to do everything to help me.”

After weeks of threats, Russia took off on Thursday morning a major attack on Ukraine. In the capital Kiev, in the southern port city of Odessa and in other cities in eastern Ukraine, according to the news agency AFP hearing explosions. Apparently, Russian troops also attacked from Belarus.

The unmissable challenge that the participants in MasterChef faced: they had to make patero wine in front of the juries

Covid-19: the High Authority for Health warns of the risk of heart attack with the Janssen vaccine