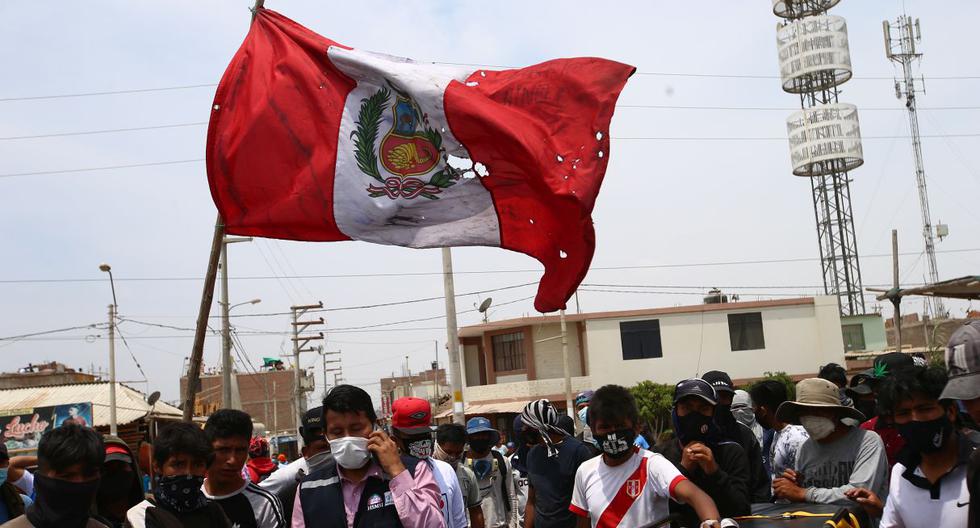 The Plenary of Congress approved with 58 votes in favor, 32 against and 29 abstentions, it was approved in the first vote and excepting the second vote new agrarian law -except for the ninth final complementary provision- and that provides for the delivery of a bonus for the agricultural worker of 30% of the RMV (S / 279) on a non-remunerative basis.

The BETA -refer- can be paid monthly or in daily proportions depending on the number of days worked. It should be noted that this bonus will increase as the RMV is updated, which is currently S / 930.

Also that the daily remuneration is equal to the sum of the concepts provided in the previous paragraph divided by 30.

Likewise, it specifies that the right to daily remuneration is generated as long as one works more than 4 hours a day on average.

Truncated vacations are calculated on the basis of the days worked and correspond to 8.33% of the basic remuneration, which will be paid at the time of the termination of the employment relationship.

It is added that in the event of arbitrary dismissal, the compensation will be equivalent to 45 daily salaries for each full year of service with a maximum of 360 daily salaries.

See Also:  What to remember from government announcements on "phase 2" of deconfinement

The time worked that exceeds the daily or weekly shift is considered overtime and is paid with a surcharge to be agreed, which for the first two hours may not be less than 25% per hour calculated on the basic remuneration for the worker based on the hourly value corresponding and 35% the remaining hours.

It also establishes that agricultural companies whose net income does not exceed 1,700 UIT (S / 7.5 million) will have the right to a refund of 10% of the reinvestment of up to 70% of the amount of annual profits, after payment of the IR, during the period from 2021 to 2030.

See Also:  Ashley Graham changes her newborn son's diaper on the floor of the Staples store

The reinvestment should prioritize the strengthening of agriculture through the implementation of a technified irrigation system. Likewise, they may depreciate 20% per year the amount of investments in hydraulic works and risk works.

#PlenoVirtual approves in the first vote the substitute text of PL 6821, and others, which propose the law of the agrarian labor regime and incentives for the agricultural and irrigation, agro-export and agro-industrial sectors, except for the ninth final complementary provision. pic.twitter.com/PPHPwpSpp0

On the other hand, the parliament rejected the ninth complementary provision of this norm, which established a 10% IR rate until 2030 for agroindustries and aquaculture in the high Andean areas above 2,250 msmn with revenues below 1,700 UIT.

#PlenoVirtual rejects the ninth final complementary provision of the replacement text relapsed in PL 6821, and others, which propose the law of the agrarian labor regime and incentives for the agricultural and irrigation, agro-export and agro-industrial sectors.