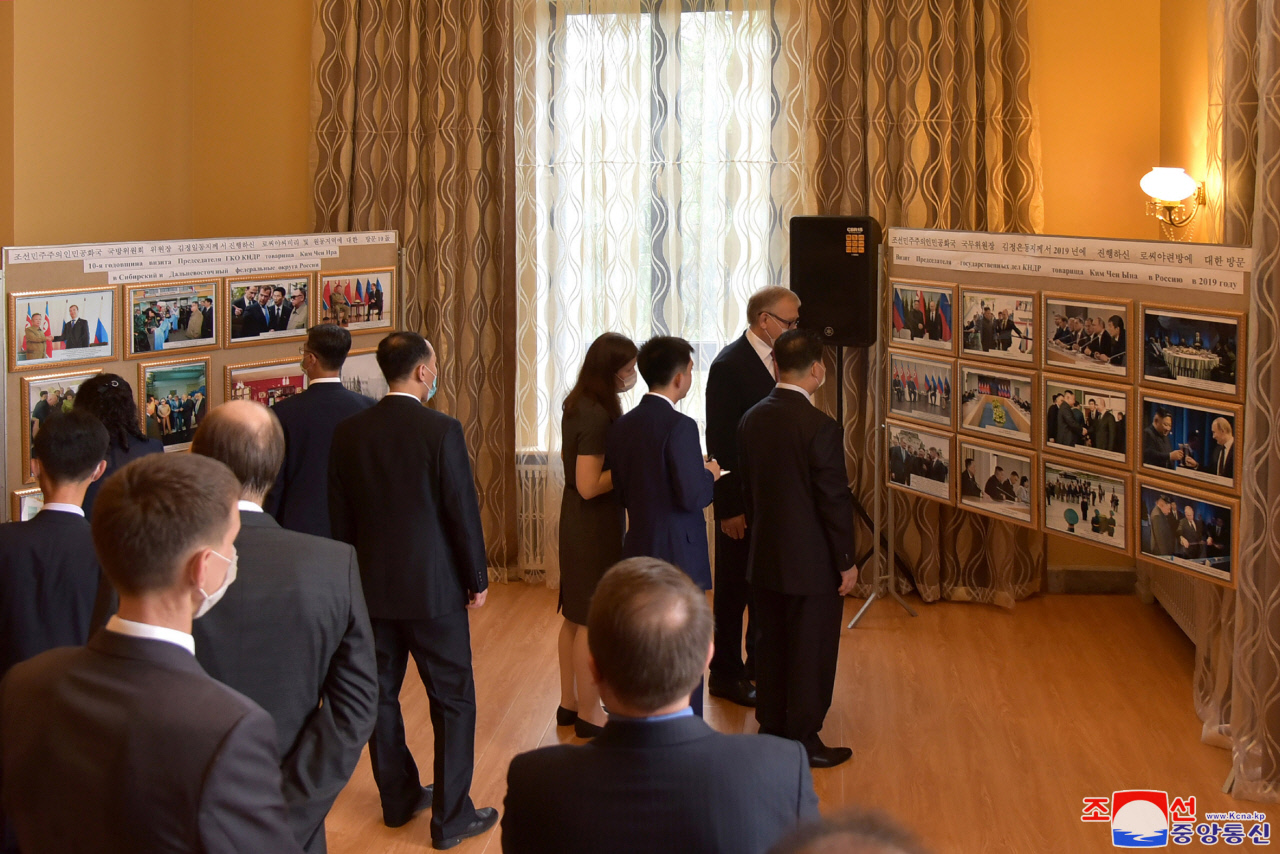 On the occasion of the 20th anniversary of Kim Jong-il’s visit to Russia, a photo exhibition was held at the Russian embassy in North Korea, KCNA reported on the 4th.
yunhap news

The Korean Central News Agency reported on the 4th that “a photo exhibition was held at the Embassy of the Russian Federation in Korea on the 3rd to commemorate the 20th anniversary of Comrade Kim Jong-il’s historic visit to Russia and the 10th anniversary of his visit to Siberia and the Far East.”

In their speech, the participants said, “Comrade Kim Jong-il and Comrade Kim Jong-un’s visit to Russia is a significant event that has made an outstanding contribution to further developing the Zoro-Russia friendly relationship and ensuring peace and security in the region.” It is a historic moment that has laid a solid foundation for creating a new driving force for the two countries and expanding multi-faceted cooperation between the two countries.”

He also said, “Constant consolidation and development of friendly and cooperative relations on the principle of equality and reciprocity is an important guarantee for the prosperity of the peoples of the two countries. He expressed his confidence,” the news agency said.

In June, the Chinese embassy in North Korea held a photo exhibition to commemorate the second anniversary of President Xi Jinping’s visit to North Korea, and the ambassadors of the two countries published articles side by side in the party’s newspapers.

On the 26th of last month, North Korean leader Kim Jong-un sent a congratulatory message to Vietnamese President Nguyen Xuan Phuc to congratulate him on his re-election.