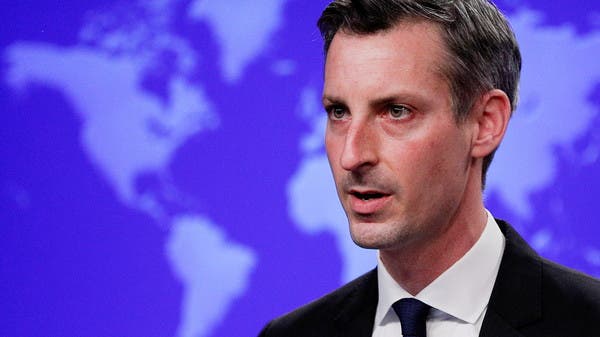 “France is our oldest ally, and we place the highest value on our relationship,” State Department spokesman Ned Price said in a statement.

He also added that Washington hopes to continue discussion on this issue at a high level in the coming days, including during the United Nations General Assembly meeting in New York next week.

For its part, the White House on Friday expressed its “regret” for Paris recalling its ambassador to the United States, but said that Washington would work to resolve this diplomatic dispute.

“We regret that they took this step, and we will continue to communicate in the coming days to resolve our differences, as we have done on other issues during our long alliance,” a White House official said, speaking on condition of anonymity.

The official’s words came after French President Emmanuel Macron ordered the recall of his country’s ambassadors to the United States and Australia.

Australia’s decision to cancel a contract to buy conventional French submarines angered Paris, especially since Canberra also entered into a new alliance with Britain and the United States to build nuclear-powered submarines.

stab in the back

As for the French Foreign Minister, Jean-Yves Le Drian, he described what happened as… “Stab in the back”He added, “This unilateral, sudden and unexpected decision is very similar to what (former US President Donald) Trump was doing.”

But the White House official said, “We are in close contact with our French partners,” adding, “France is our oldest ally and one of our strongest partners, with whom we share a long history, democratic values ​​and a commitment to work together to confront international challenges.”

“We also share an interest in ensuring that the Indo-Pacific region remains free and open. We will continue our close cooperation with NATO, the European Union and other partners in this common endeavour.”

Flag of America and Australia

This came after the US President announced, on Wednesday, a new security alliance with Australia and Britain that would develop a fleet of Australian nuclear-powered submarines.

As a result, Australia notified France that it would cancel its contract with DCNS, which is mostly owned by the government, to build 12 of the largest conventional submarines in the world, in a move that Paris considered a stab and betrayal.

It is noteworthy that Australia has spent 2.4 billion Australian dollars (1.8 billion US dollars) on the project since the French won the contract in 2016, but its prime minister made it clear that US nuclear submarine technology was not an option for his country when the French deal was concluded.