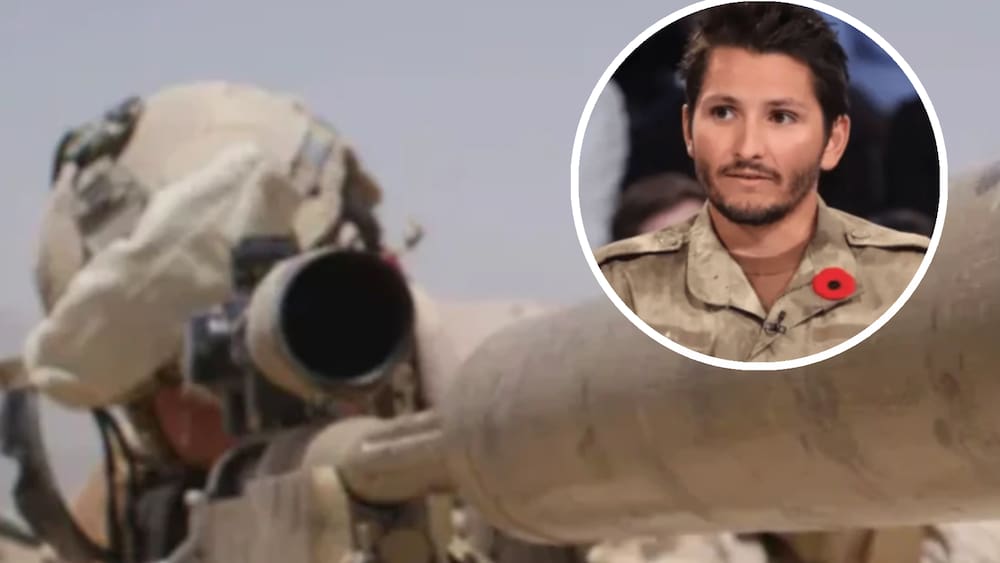 Vali (40) fought in Ukraine for two months. The Canadian has already served in Iraq and Afghanistan and made headlines by killing an IS terrorist 3.4 kilometers away. He also proved his skills as a sniper against Russia.

Wali is now back in Canada with his family. One of the reasons for this is said to be that the Canadian’s unit was attacked by a Russian tank like the one «Stern» reported. Another Canadian sniper, code word Shadow, continues to fight against Russia.

Vali and Shadow toured Ukraine as a team, first in Kyiv and then in Donbass. Shadow was Wali’s companion. He carried some gear and surveyed the area outside the sniper’s small focus.

The Canadian duo narrowly escaped death a number of times. The Donbass is “hell”, Shadow explained in an interview with the broadcaster «CBC/Radio-Canada». “Every day there are losses, every day friends die – day after day.” The morning task often consisted of picking up the dead from the night patrol.

Two missions in particular have stayed with Shadow. Once the two Canadians wanted to take a stand in a block of flats in Kiev. No sooner had they established themselves there than they were spotted by Russians. A few moments later, a tank shell flew in their direction. However, this detonated in the apartment next door.

The grenade was followed by heavy machine gun fire. The snipers decided to flee the apartment. Eventually, they were saved by a Ukrainian who fired at the Russians with a portable rocket launcher, allowing them to escape. “We ran for our lives,” Shadow recalls.

The Canadian unit jumped into a van and drove away. Since there was no more space, Shadow had to hold on to two headrests while the door behind him was still open. “If I had let go, that would have been it,” the sniper is certain. “The guy in the passenger seat kept firing at the Russians.”

According to Shadow, it was even worse in Donbass. “It was like World War II. Rain, mud, ditches.” Once the Canadians were sitting in a trench with two Ukrainians when they lit a cigarette. Wali had warned the two men about this because it would allow the Russians to track them down. But the Ukrainians ignored the warning.

Shadow calls on West to act

Seconds later there was a huge explosion. “I fell back into the ditch, on my back. Like in those movies,” Shadow recalls. One Ukrainian died instantly, the other was still breathing but had no legs. “We still had eye contact. I looked at him, he looked at me. Then his head fell to the right side and his body hunched over. That’s how he died.”

Despite the terrible things Shadow has already experienced in Ukraine, he wants to keep fighting. Even if his partner Wali is no longer at his side. The Canadian finds clear words for the West: “If NATO had intervened, the war would have been over in a week. We need troops in Ukraine, not prayers.” (obf)