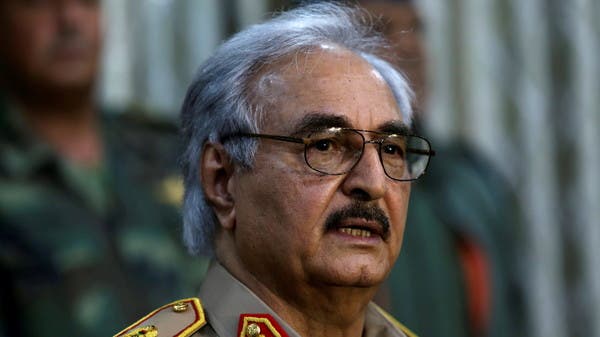 The confusion that arose during the past hours in the Libyan street about the resignation of the Speaker of Parliament did not subside. Aqila SalehAfter which it was found that he had gone on vacation until the elections scheduled for December 24, until Libyan media reported, on Wednesday, that the army commander, Khalifa Haftar, had assigned Lieutenant-General Abdel Razzaq Al-Nadori the leadership duties for a period of 3 months.

The information added that the assignment of the new Libyan army commander ends on December 24, the scheduled election day.

It refers to an article in the law Presidential election Parliament issued more than two weeks ago, to the possibility of any military or civilian candidacy for the position of president on the condition of “cessation of work and exercise of his duties three months before the date of the elections,” that is, before tomorrow, Friday, September 24.

This means that Haftar, who has been leading the Libyan army for years, stopped exercising his duties three months before the elections, with the aim of being able to run and compete for the position of the next president of Libya.

He replaced his military uniform with civilian clothes

For this purpose, too, Haftar pre-empted the decision to run for the presidential elections, which is expected to be officially announced in the coming days, with early electoral campaigns and deliberate moves, in which he abandoned his military uniform and became frequently appearing in official civilian dress at meetings, events and forums, as well as sports demonstrations.

He also recently made several promises outside his military powers and duties, to build new apartments and cities, through which he sought to present himself as a suitable candidate for the presidency of Libya.

In parallel, promotional campaigns appeared in his favour, on social media, and pages bearing the slogan “Continue Your Journey”, in which you see the ability to take control of matters and lift Libya out of the chaos in which it is living.

Withdrawal of confidence from the government

However, this decision put Aqila Saleh and the deputies who voted “yes” in the crosshairs of criticism from opponents of this step, who considered it a threat to the peace process that has been going on for several months.

Despite the ambiguity surrounding the fate of the presidential elections, and whether they will take place on their scheduled date on December 24 or will be postponed, early election campaigns have started by some personalities who are believed to be running for these elections, led by the Minister of Interior of the former Government of National Accord, Fathi Bashagha, who has been leading since The months of intense activity at home and abroad to mobilize support and draw attention, in order to return to power again.