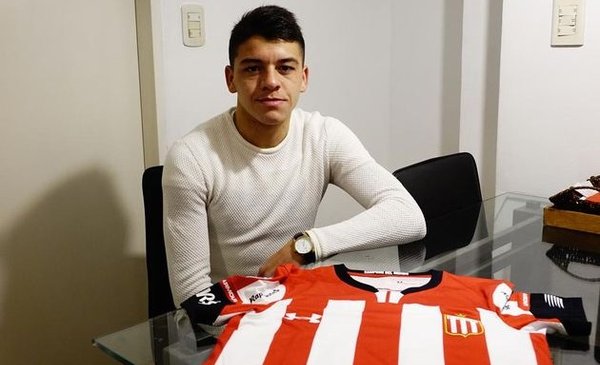 After hearing a complaint about sexual abuse against soccer player Diego “Demonio” García last night, the Estudiantes leadership issued a statement this Saturday in which they reported that the Uruguayan will not be available to coach Ricardo Zielinski until “progress is made in the investigation of the fact. and what happened is clarified. “

“The Estudiantes de La Plata Club informs that, having learned of the existence of a complaint against the player Diego García for alleged sexual abuse, the Institutional Protocol of Action for the Prevention and Intervention in situations of gender violence has been activated, giving immediate intervention to the Club’s Under-Secretary for Gender and Diversity “, began indicating the letter released this morning.

“Accordingly, it has been resolved, as a preventive measure, that the player is not at the disposal of the coaching staff until progress is made in the investigation of the fact and his procedural situation is clarified”, closes the statement.

Statement on the situation of the player Diego Garcíahttps://t.co/NEuYCHH4ia pic.twitter.com/0g3kOMKk4X

As reported by this media, a 21-year-old girl accused him of raping her in the bathroom of a villa in the El Rodeo neighborhood, at kilometer 52 of Route 2, which Estudiantes footballers would have rented to have a party, on February 24 .

According to a complaint that was opened for “alleged sexual abuse”, the young woman went to the place with friends and they spent there all day, until at night, while waiting to go to the bathroom, the player “took her by the arm, he forced her there and subjected her sexually after throwing her against the wall, “said official sources. In that movement, he hit his left eye and “stated several times that he did not want to be with him,” the report says.

Last Thursday the young woman suffered a panic attack and revealed what had happened to her family, so they took her to the DDI’s Sex Crimes Cabinet. There, according to official spokesmen, the young woman did not agree to carry out a legal medical examination or file a formal complaint.

See Also:  Milan restart without Ibrahimovic and aim for the Jovic-Correa pair