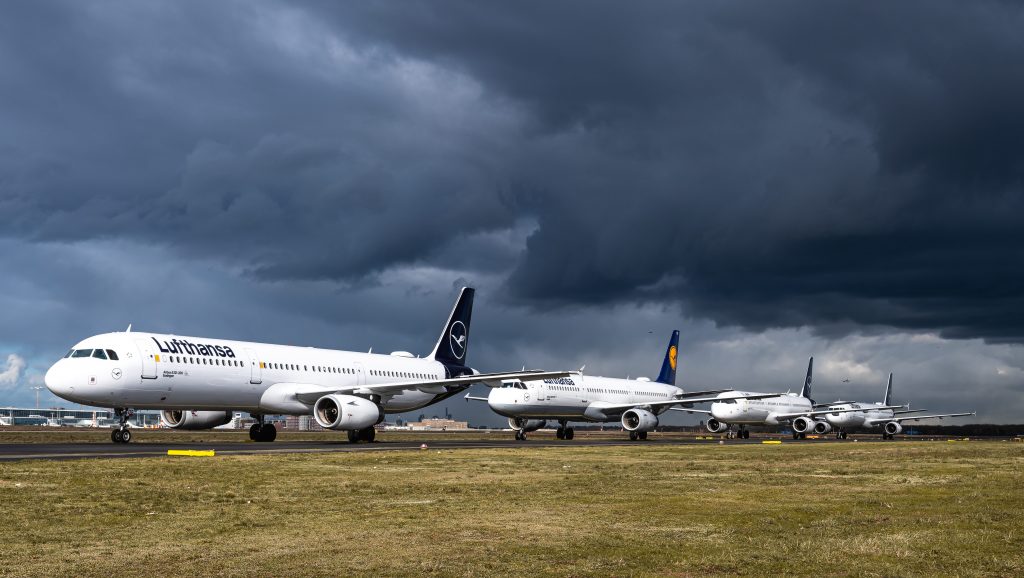 The CEO of Carsten Spohr believes that the aviation industry will change significantly as a result of the corona crisis. This also applies to his own group with subsidiaries such as Austrian, Brussels, Eurowings and Swiss.

How does the aviation industry survive the corona crisis? Lufthansa boss Carsten Spohr expects significant changes, also for his own group. His group would “sustainably and structurally change through these faults,” he said on Thursday (March 19) at a press conference via video transmission.

The global economy would shrink and aviation would always react roughly to something like this with a double effect. The group airlines currently had around 780 aircraft, said Spohr. The following now applies to the future: “We have a smaller Lufthansa group ahead of us,” said the CEO. At this point in time, it was not yet possible to say which cuts and conversions at Austrian, Brussels, Eurowings, Lufthansa or Swiss were necessary.

Which airlines can still pay?

CFO Ulrik Svensson said that Lufthansa would still fly after the Corona crisis and “emerge from the crisis as a winner”. Spohr indicated that he anticipates that other airlines will not survive the crisis. For example, he said that Lufthansa Technik still has enough work to do, but the question is: “Which airlines in the world will be able to pay bills in the next few weeks and months?”

In addition, the nationalization of Alitalia and the upcoming aid package for airlines in the United States would show that other countries would support their airlines very quickly. This also leads to structural changes. The Lufthansa boss also indicated a further concentration: It is good that one has three “global champions” in Europe, said Spohr.

Only the groups survive?

The Lufthansa boss should mean his own group, Air France-KLM as well as the British Airways and Iberia mother IAG. Sooner or later Alitalia would also need a partner to be successful, even if it has now found an investor in the Italian state, Spohr said.