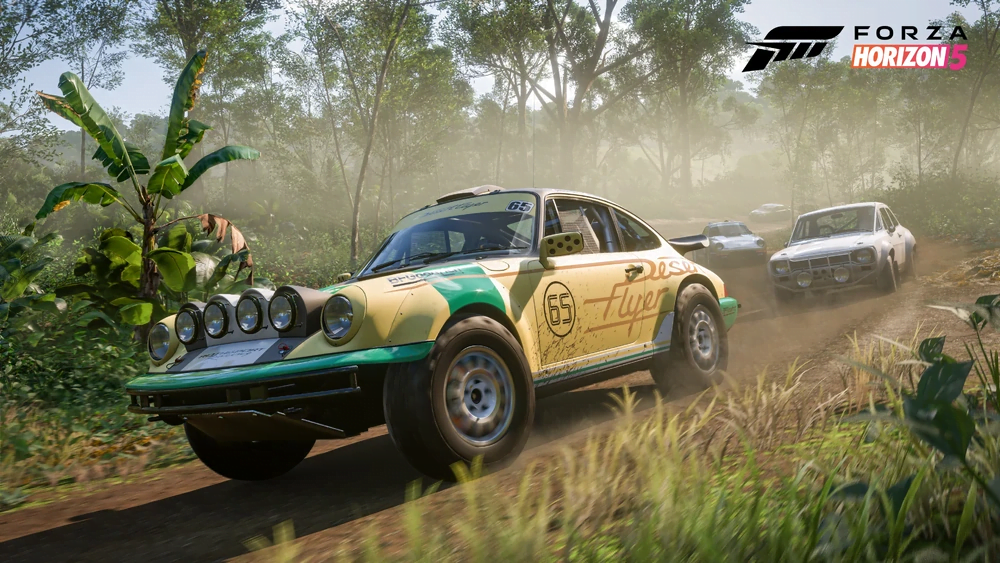 We are almost in the home stretch for the exit of Forza Horizon 5. Indeed, the new installment of the saga of open world racing games from Playground Games coming out in exactly 50 days (45 for those who have opted for the premium version of the game or simply the expansion pack)! After giving us a lot of the details of the main campaign in the last stream, this time it is on the other game modes that the developers have focused on. As usual, you either have the possibility to find the detail just below, or to follow a video summary with our friend and license expert. Power, Mangalore. Like its predecessor, Forza Horizon 5 will be extremely rich and diverse, both in terms of activities and vehicles.

Horizon Arcade: for the love of mini-games

Already mentioned in the past, Horizon Arcade is a alternative game mode of Forza Horizon 5 centered on mini-games. On the basis, it takes the principles of Forzathon Live from Forza Horizon 4, namely challenges in which players must team up to achieve different objectives. However, unlike the latter, in Horizon Arcade, these sessions do not only appear from time to time in various places on the map. Indeed, certain predefined areas will continuously host these activities. So, if you want to stop the races to indulge in a few more fun challenges, you are free to! During the live of this Monday, September 20, several games were presented. Of course, we found the ripping of piñatas that we had already seen during the initial announcement of Forza Horizon 5 at E3 2021 (with a slight difference, however…), but others were presented such as taking high-speed stepping stones to cross targets in the air, for example. 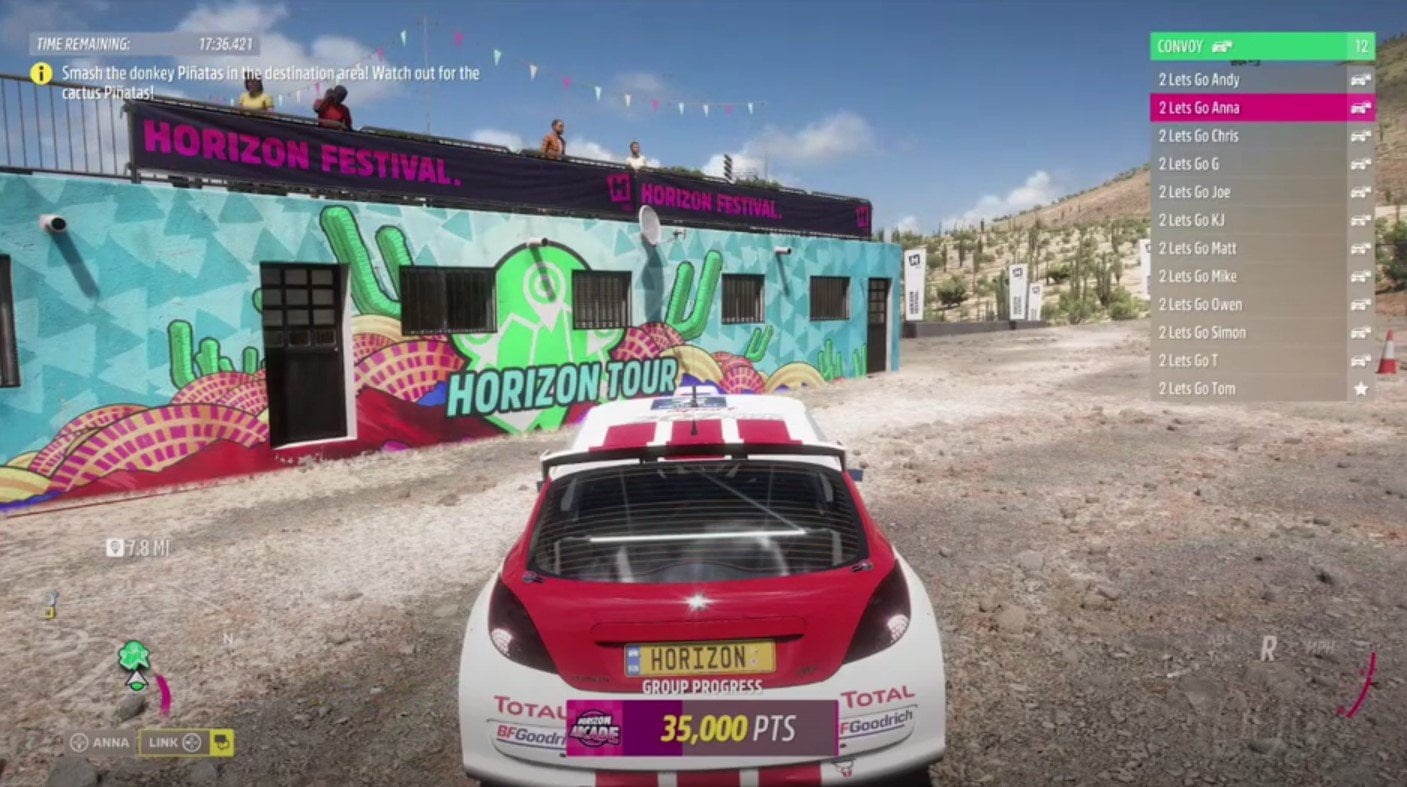 Presented in detail previously, this is the scripted part of the game revolving around the main campaign. In summary, it is the logical progression of events that will allow you in particular to unlock new areas as you progress, thanks to your successes and exploits in the race. 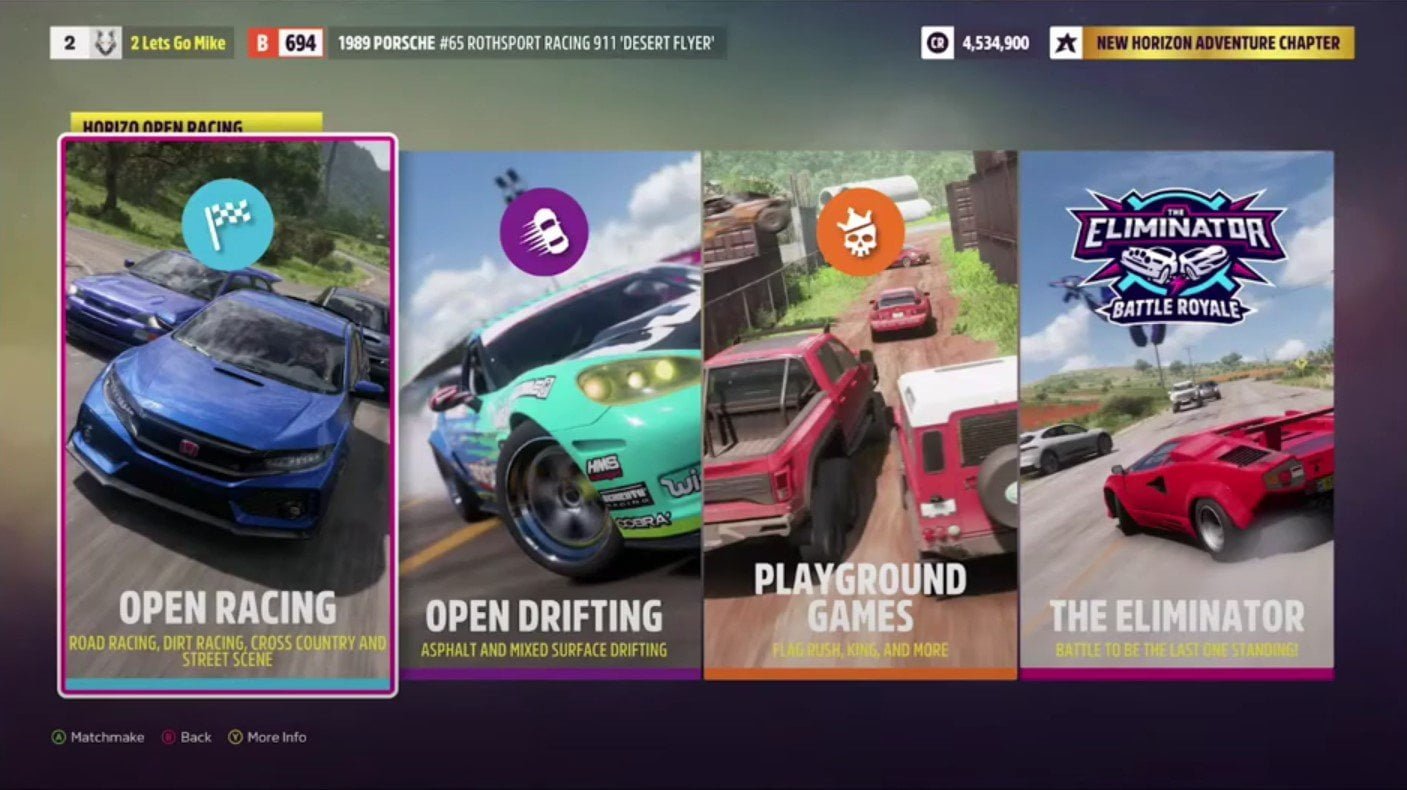 In Forza Horizon 4, the multiplayer side of the game (coop excluded) was located within Ranked Adventures. As a reminder, it was a championship of 3/4 events, sometimes interspersed with free sprints from one point to another on the map, where the ranking of the players in the end determined the extent of the rewards won. Also necessary for those carrying out the seasonal championships (the details of which are to be found every Thursday on the site), these classified adventures proved to be too punitive in the eyes of the developers for the majority of the players, given that the victory was almost essential. . So many of them were more frustrated than anything else.

Aware of this, the developers have decided to completely revise their copy and offer a much more relaxed experience in the different game modes available in multiplayer. These are: races, drift contests, arena games or the Eliminator. However, it will be necessary to be patient to learn more about the methods of winning, perhaps even to experience it yourself at the exit of the game.

Concerning the Eliminator by the way, we were able to have a large preview during tonight’s live. However, nothing new because it is broadly similar to that of Forza Horizon 4, with a whole new playing field. Nevertheless, some small subtleties cannot be excluded and could be revealed by the release of the game. 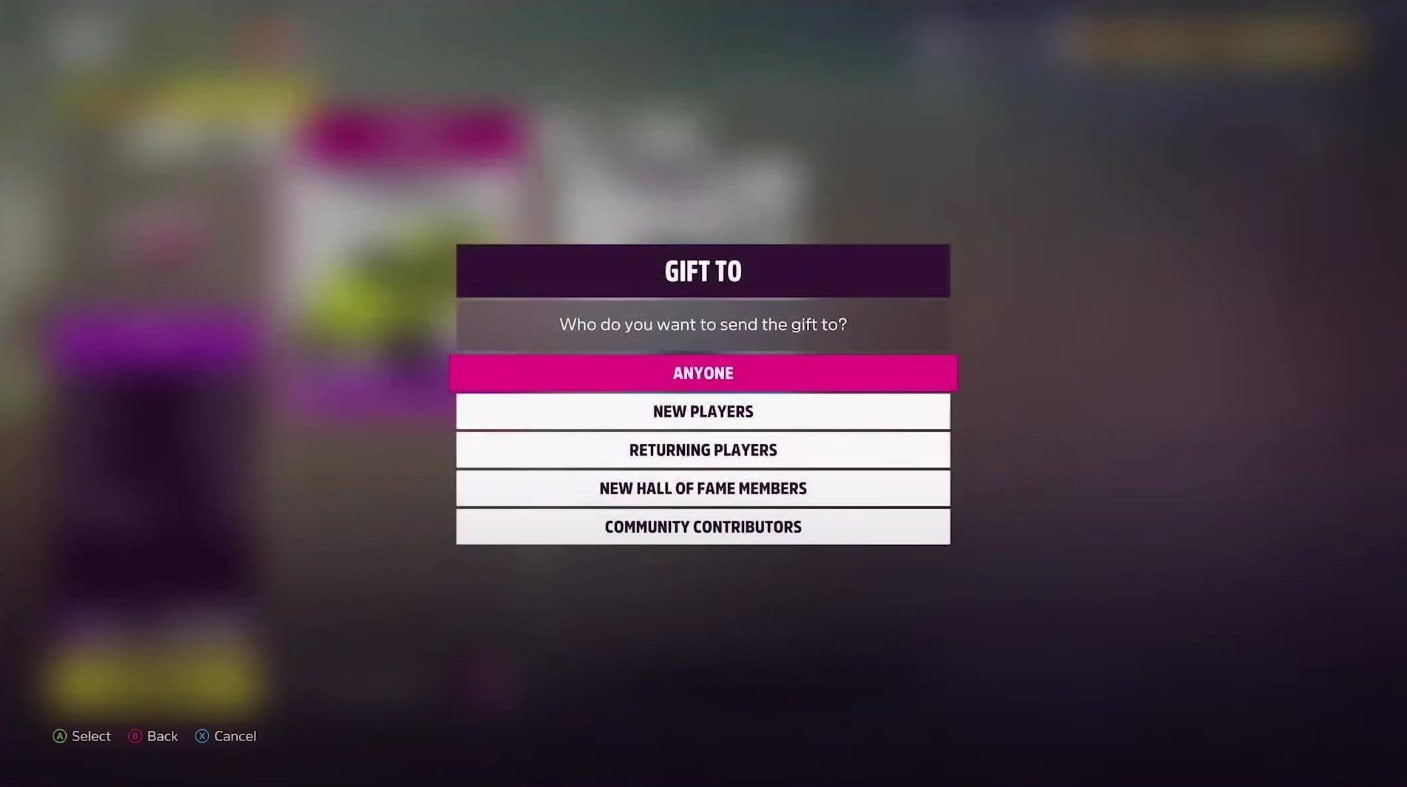 Gift Drop: give away your unused cars!

This is one of the points that had been briefly mentioned during previous speeches by the developers and which interests many players: the possibility of being able to offer vehicles. Indeed, in the previous opus, the only possibility to sell its cars was to sell them at auction. Except that, if you wanted to offer, even at a very reduced price, a vehicle to one of your friends, this system absolutely did not guarantee that it would be him who could take possession of it if another faster player passed by. In Forza Horizon 5, you can therefore offer your cars free of charge and to whomever you want: to a specific person, to a player who is particularly generous with the community, or simply to an individual chosen at random. As a bonus, the vehicle offered may have been personalized beforehand, with an adjustment and / or a livery. 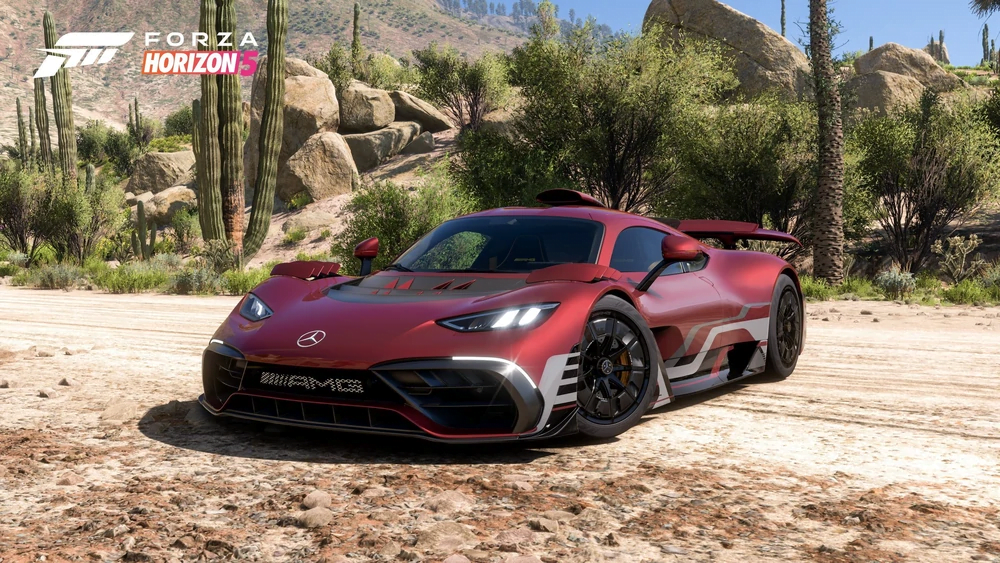 In summary, a lot of new information has been released tonight. After focusing on the main campaign during the last live, this time it is the rest of the ancillary activities that were presented, in order to give us an even broader overview of the possibilities offered by the new game from Playground Games . More than ever, there will be things to do in Forza Horizon 5, which should occupy you well beyond the 20/30 hours of play announced by the developers to simply finish the main campaign.