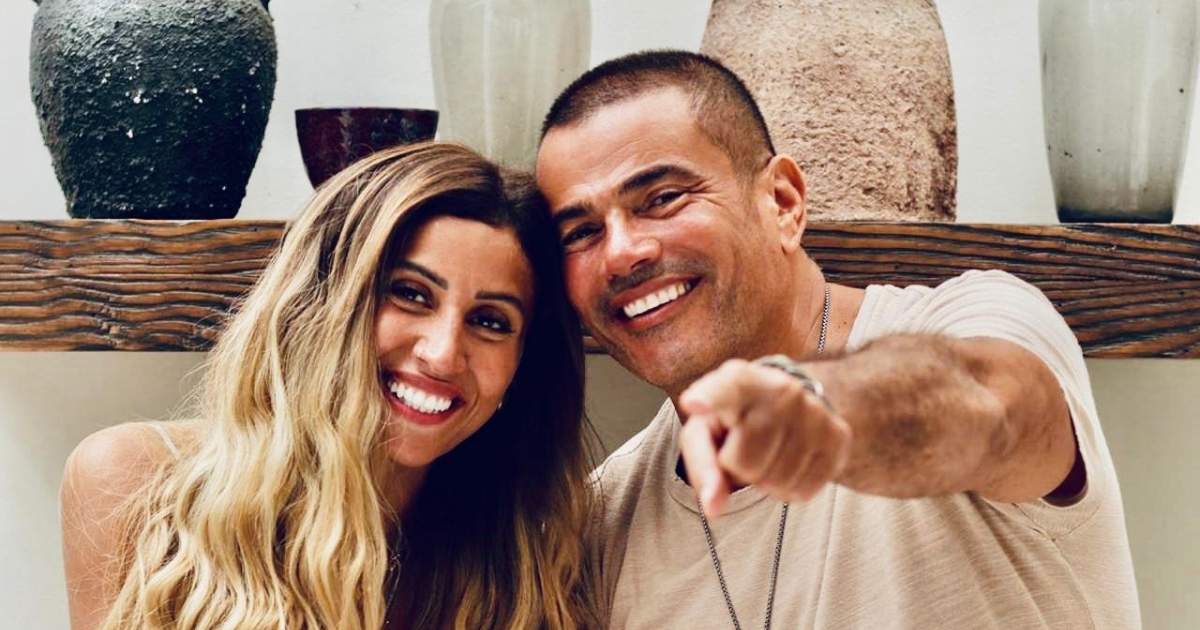 About a year after the separation of the Egyptian artistAmr diabAnd the Egyptian actress, Dina El-Sherbiny, has spread information about their first meeting, which took place in the past hours.
The press information confirmed that this meeting was not good at all, and they met in one of the tourist resorts where Diab filmed his songs, and Dina was there for tourism, and when one of the mutual friends who was accompanied by Amr approached to greet Dina, Amr completely ignored her presence, Which made the situation awkward.
And the form of the separation of Amr Diab andDina El-SherbinyA great shock to the audience in the recent period, especially after she appeared with him in the music video for the song “night places​”, with romantic clips, and she seemed to embrace him and dance in front of him, to highlight the great love and harmony in their relationship.
And she had revealed private information to the “Art” website that the dispute between Amr and Dina did not occur because of the official marriage, but was the result of the moment, and reached a small kind of aversion.
According to the information, Amr stuck to his position, after Dina leaked some information about their separation, which angered him, until an Arab person intervened to resolve the crisis, but until now things have not returned to what they were, and it is expected that the beginning of the new year will be an opportunity to restore the success of the relationship, Which was and still is the talk of followers, media and social networking sites.