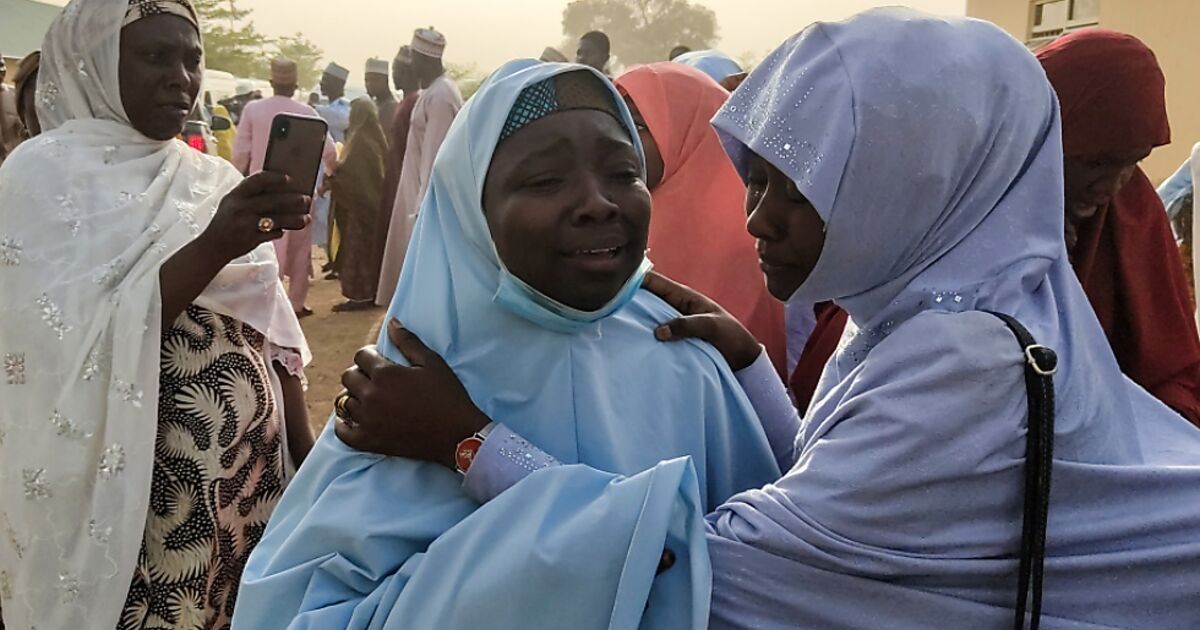 In northern Nigeria, gunmen kidnapped dozens of children from a school. According to the police, the kidnappers could have taken control of up to 200 children in the city of Tegina. Armed men on motorbikes shot around indiscriminately and kidnapped an unspecified number of children. Nigerian media also spoke of up to 200 kidnapped children. In the region, gunmen abducted 27 schoolchildren and killed one as recently as February.

These previously kidnapped children were able to return to their families

In recent years, schoolchildren and students have been kidnapped repeatedly in Africa’s most populous country. The most spectacular case occurred in 2014 when the Islamist terrorist militia Boko Haram kidnapped 276 schoolgirls. In the meantime, criminal gangs are also terrorizing the population with mass kidnappings. It usually remains open whether the ransom has been paid.

A group of 14 kidnapped students and university staff in Nigeria was only released on Saturday after being held hostage for over a month. The students and employees of Greenfield University in Kaduna were abducted by gunmen unknown on April 20. While negotiating a ransom with the government, the kidnappers killed five hostages in support of their demands.