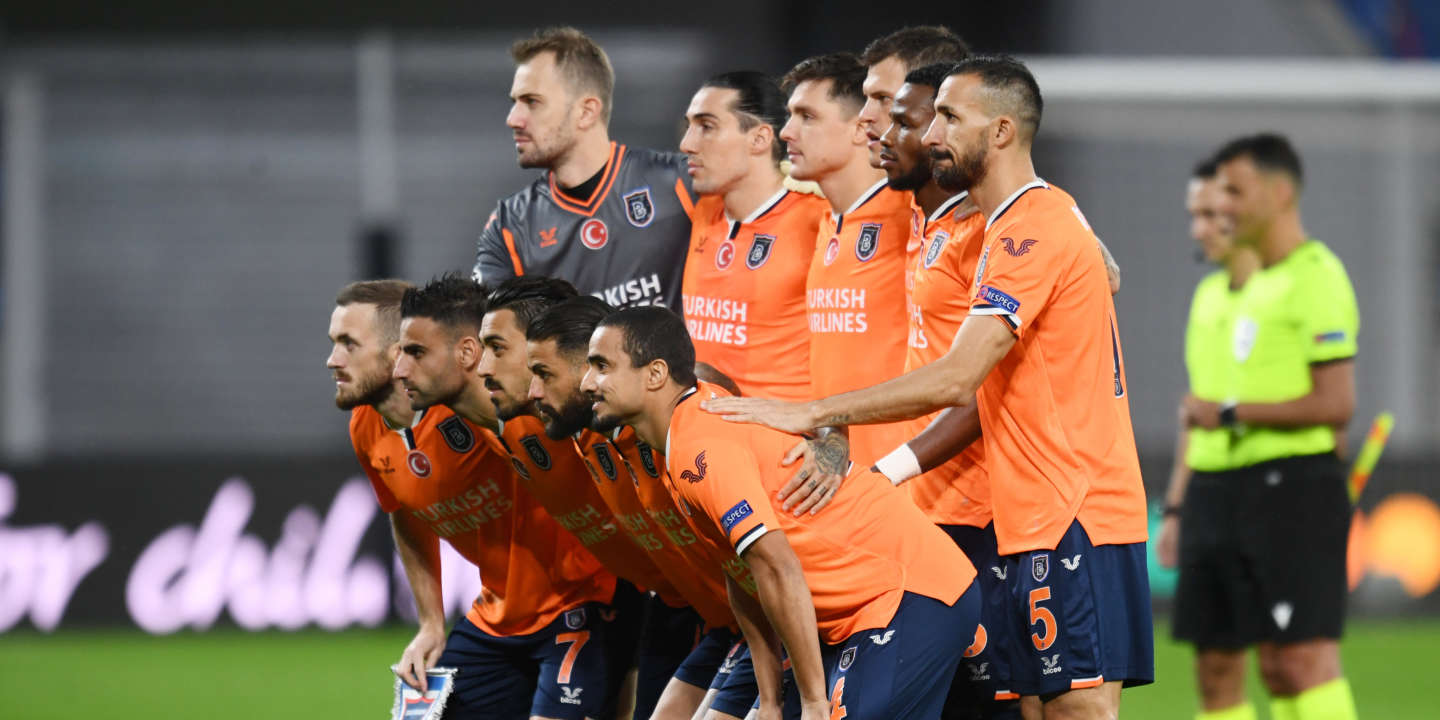 A drone monitors the parking lot. Around a hundred heavily armed police officers surround the hotel. And since his arrival in Turkey, Paris-Saint-Germain (PSG) has been traveling in a neutral vehicle, not in red and blue. So much for the uncommon pre-match report, as described by the special envoy of Parisian.

On Wednesday 28 October, the team from the French capital will play in Turkey’s largest city their second Champions League match of the season (starting at 6:55 p.m.). A week after a home defeat against Manchester United, Paris faces Istanbul Basaksehir, the seemingly weakest team in its group.

A match planned in an empty stadium, due to Covid-19, but already under high diplomatic tension: after having recommended to his French counterpart, Emmanuel Macron, “Mental health exams” on the pretext that the latter defended – in memory of Samuel Paty, assassinated professor – the freedom to caricature the prophet of Islam, the Turkish president, Recep Tayyip Erdogan, called on his compatriots, Monday, to boycott the products of France.

At a press conference, Thomas Tuchel said to himself “A little sad, but not worried”. And the German coach of PSG to hope ” that there will be no overlap between sport and politics ”. The sentence seems naive about the Istanbul Basaksehir, which some nickname “FC Erdogan”, so much the stranglehold of the head of the Islamic-conservative state is felt there.

A default choice, actually. As a child, the President of the Republic of Turkey instead supported Fenerbahce, one of the three big clubs in Istanbul with Galatasaray and Besiktas. Three clubs born at the beginning of the XXe century, “In the modern and secular districts of the city”, recalls Daghan Irak, sports sociologist and lecturer in journalism at the University of Huddersfield (United Kingdom). “If he could, it was at one of these three clubs – certainly Fenerbahce – that Erdogan would probably have wanted to be identified.”, estimates Jean-François Polo, political science teacher at the IEP in Rennes and a good expert on the links between sport and politics in Turkey.

But, in Turkey, even a leader as authoritarian as Mr. Erdogan would find it difficult to standardize the country’s most popular forums. Rare moment of convergence between rival teams, the demonstrations of 2013 against the power in place had given rise to a regrouping between supporters of the three Istanbul giants, under the name of “Istanbul United”. “This movement lasted a short time, and that does not mean that these clubs are entirely against the government”, specifies Emir Guney, head of the sports studies department at the private university Kadir Has in Istanbul.

“In our training center, there are even Erdogan’s goals that appear on the screens” Enzo Crivelli, French striker from Istanbul Basaksehir

If Mr. Erdogan ultimately finds himself rather linked to Istanbul Basaksehir, it is because it is a new club. Without history or supporters. So flexible as it pleases. In 2014, the Prime Minister becomes President of the Republic of Turkey. That same year, the metropolis of Istanbul separated from its club founded in 1990 on the initiative of the social democratic mayor Nurettin Sözen – to whom Mr. Erdogan succeeded between 1994 and 1998.

The sale to investors allows the control of the Turkish president. The club then takes its current name, which comes from the district where it moved – on the Asian side of the city – a district created from scratch in the time of the municipality of Mr. Erdogan, and electoral bastion of his political formation, AKP (Justice and Development Party).

Color of the jerseys? Orange, like that of the AKP. President of the club? Goksel Gumusdag, husband of Mr. Erdogan’s step-niece. The club has mainly done business with the private hospital group Medipol, that of the personal doctor of the Head of State. Even if it means bearing the official name, between 2015 and 2019, of Medipol Basaksehir Football Club.

To build its new Fatih Terim stadium (named after the former national coach and current coach of… Galatasaray), the club also called on the Kalyon Grup company, close to power, recalls the specialized site FC Geopolitics.

On the opening day, in July 2014, Mr. Erdogan was obviously there. On the lawn, more precisely. On the occasion of a gala match, the future president (and former semi-professional footballer of the Istanbul transport authority club, the IETT) scored three goals for the photographers. Since then, the club has decided on a tribute: ban on attributing the number 12 to any player whatsoever, the number of Mr. Erdogan that day. “In our training center, there are even goals of him which pass on the screens”, tell The team, a candid nothing, the French striker Enzo Crivelli.

Counting in particular on the support of the airline Turkish Airlines, the club very quickly had the means to convince recruits (the Togolese Emmanuel Adebayor or the French Gaël Clichy, among the best known). To the point of succeeding in 2020 what only two other clubs had achieved so far: depriving the Fenerbahce-Galatasaray-Besiktas trio of a Turkish league title, only thirteen years after its accession to the first division.

Enzo Crivelli lived the victory. “President Erdogan received us in his palace in Ankara, remembers the player. He gave us a watch that he signed for us with a tie. “

There remains one area in which the club is very far from competing: popular fervor. In Turkey, the attachment to the three giants of Istanbul takes precedence over that enjoyed by the AKP, all the more so in a city where the presidential party lost the municipal elections of 2019. Apart from a group of supporters called “1453” ( the date of the capture of Constantinople by Sultan Mehmet II, known as “the Conqueror”), the 17,000 seats of the Fatih Terim stadium were already ringing hollow before the Covid-19 pandemic.

TV criticism Maybritt Illner: “Many no longer want to tell how they got infected”

The second French confinement will cost 15,000 million a month