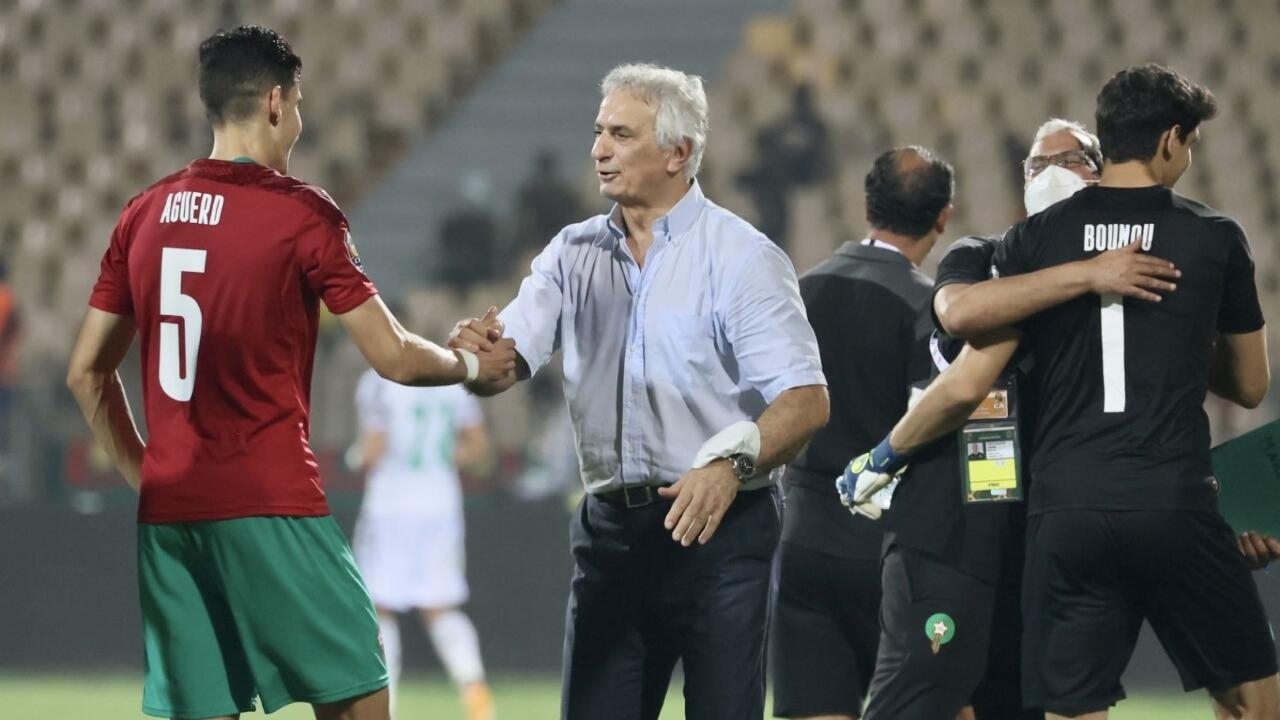 For its first knockout match in CAN-2022, Vahid Halilodzic’s Morocco faces Malawi on Tuesday, which is playing the first round of 16 in its history. On the side of the Atlas Lions, we refuse to underestimate a “combative and generous” opponent.

Morocco do not want to be the other surprise eliminated from the round of 16 la CAN-2022. This is the message sent by Vahid Halilhodzic at a press conference on Monday January 24, 24 hours before his confrontation against Malawi. Malawian Flames who will discover the knockout stage for the first time in their history and who intend to cause problems for the Atlas Lions, as Mario Marinică explains, in an exclusive interview with France 24.

“We are well organised, we are determined and we are able to work very hard,” explains the Romanian coach from Malawi, who assures us that he is not at all afraid of Morocco. “Fear is just a state of mind that you put yourself in. We shouldn’t be afraid. Anxious in a pinch, stressed. But, in the end, we’re here to play football. We’ll be eleven and they will be eleven.”

Pride of a historic qualification

Faced with Moroccans announced among the favorites of the competition and impressive solidity during the group stage, the Malawians intend to bravely play their luck. For them, the competition is already successful with this historic qualification.

The coach only arrived on the Flames bench at the beginning of December, succeeding Meck Mwase and he assures that he has not fundamentally upset his team’s style of play:

“There was a game philosopher. And everyone understood that for this philosophy to work, we had to do it together,” he explains. “You have to show solidarity and courage. And I think, so far, that’s what we’ve done.”

Malawi did better than resist in the group stage. He was dominant against Guinea even though he conceded defeat, he drew against Senegal with a penalty missed by the referee and they beat Zimbabwe in stunning fashion.

“You have to be diligent otherwise we will have surprises”

Vahid Halilhodzic had to analyze Malawi’s performances before the press conference. The charismatic Franco-Bosnian coach warned his players before their round of 16.

“Don’t believe that Malawi is an easy team. There are no more small teams in Africa, you saw what happened to Nigeria on Sunday when everyone was already crowning them African champions”, recalled the Moroccan coach. “We are facing a very combative team, who want to go even further in the competition and who play good football. I don’t agree with those who say that Morocco are favourites. You know, if we come back behind, Morocco left the last edition in the round of 16…”

According to Vahid Halilhodzic, the draw against Gabon was a healthy booster shot for his players. Twice, the Atlas Lions were behind and twice they found the mental resources to come back:

“It woke us up. Our players reacted and I appreciate that. I know African football well, to get to the end of a competition like the CAN you need a lot of solidarity, self-sacrifice and suffering”, analyzes the technician.

Facing Malawi, there will be a watchword: “We must be diligent and disciplined, otherwise we will have surprises.”

Sono Motors: Solar cars – should investors get in now at a bargain price?