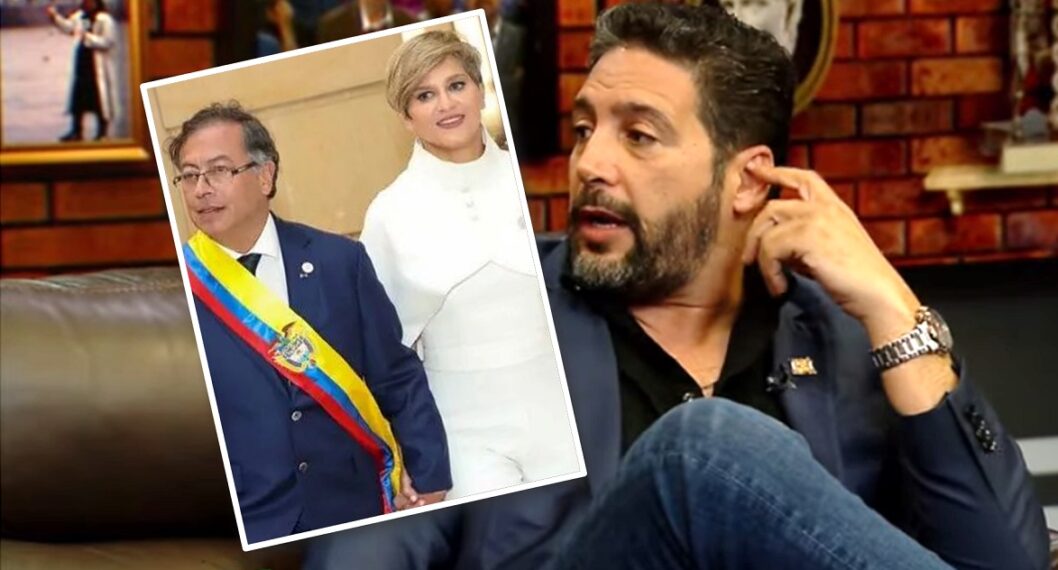 The artist recounted the story on the Red Más channel program after Martin of Francis, one of the conductors of the space, will ask him about it.

“I have known Verónica since she was 17 or 18 years old, since peeled, in Sincelejo ”, he commented in principle.

And he explained that although he was from Barranquilla, “he went a lot” to the capital of Sucre to enjoy the festivities of the Maja, the corralejas and January 20. “That’s where our friendship of many years was born,” he reiterated.

Later, he added that Veronica Alcocer, 46 years old and current First Lady of the Nation, she met Gustavo Petro y “she married with him”.


“Gustavo Petro took it from me”: joke of Agmeth Escaf About Veronica Alcocer

After the story of the congressman, who also chairs the Seventh Committee of the House of Representatives, Santiago Moure, the other presenter ‘lethal tv’, He couldn’t resist the urge to make a humorous comment.

“Gustavo took it from you [Petro]”, Moure pointed out by way of interpretation.

“Gustavo took it from me,” Escaf replied to continue the funny comment.

Finally, the representative clarified about Petro: “He is aware that my friendship with Veronica dates back many years.”

Here, a sample of the closeness of both: