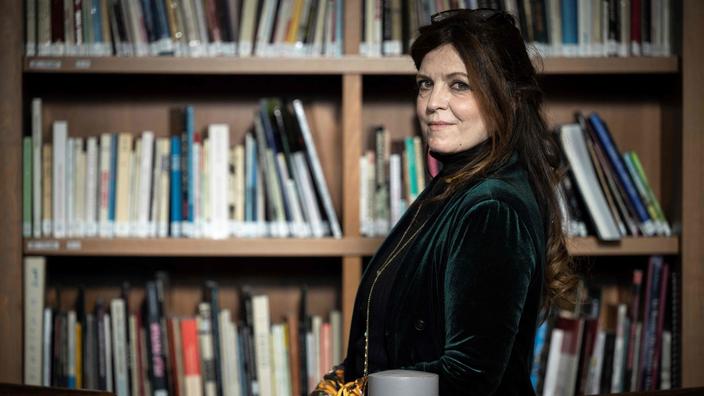 The director and president of the Toulouse film library is also alarmed by the “stranglehold of platforms” on cinema which would destroy creativity.

The actress, screenwriter and director Agnès Jaoui estimated Wednesday that “the control of platforms over authors“Cinema is”quite serious“Because they have”recreated hollywood“By transforming them into”employees“. With the pandemic, “cinema productions and distributors are having a terrible time. Added to this is the stranglehold of the platforms on the authors. It’s pretty serious (…) They recreated Hollywood», She denounced during her first press conference as president of the Toulouse film library.

«Having dealt with platforms, I decided to stop because I have always been free to write and make films, and I intend to stay that way“, Declared Agnès Jaoui, believing that platforms hinder creativity and make filmmakers”employees».

Succeeding director Robert Guédiguian as president of this national film library, where she was elected on December 14 for three years, she “dream»To encourage meetings between different audiences and to honor forgotten women directors. “I really want meetings to take place, cross-functionalities, that we can make music, photography” for “a real exchange, a real mix because I hate the ghettos», She underlined.

More women at Cannes and at the Césars

Agnès Jaoui, who in 2018 denounced the lack of women at the Césars and Cannes, would also like “honor women who have made films» car «if there are no books, journalists, art historians and projections that highlight them, they are forgotten“. This committed director, who called to vote against Marine Le Pen in the 2017 presidential election, also denounced the current “escalation of far-right ideas“, Judging her”terrifying».

Robert Guédiguian, who had chaired the film library since 2016, told AFP that he had asked Agnès Jaoui to succeed him because “not only is she a filmmaker, but also an actress. An actor is brilliant, intelligent, he knows the history of cinema“, he added. Asked about his points in common with the new director of the Toulouse institution, he underlined their idea of ​​a “popular cinema can be great art».

SEE ALSO – “The priorities of the electorate of Zemmour, Pécresse and Le Pen are the same”, notes Pierre Giacometti

Photos of the reconstruction broadcast on TF1, an investigation opened for “violation of professional secrecy”