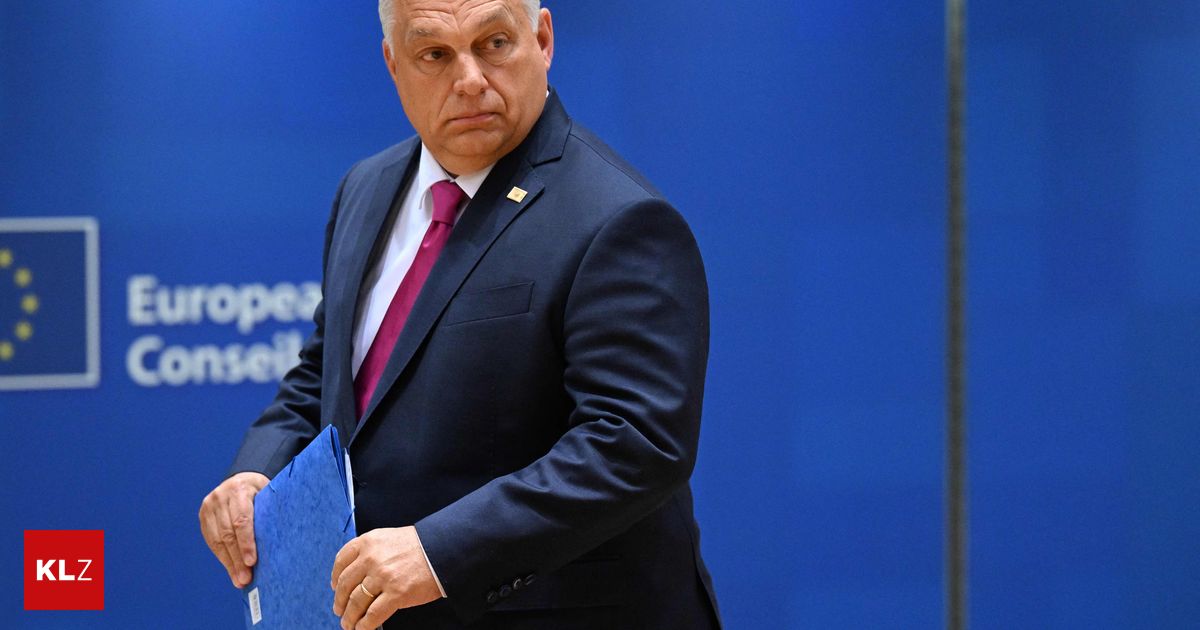 Even before he entered the council chamber, Viktor Orbán fired a full broadside at the commission: it was a big mistake to announce the sixth sanctions package including an oil embargo without first negotiating the sensitive issue with the member countries .

An argument that the Austrian Chancellor Karl Nehammer (ÖVP) also follows: He is very surprised at this procedure, now negotiations are taking place “on the big stage” instead of in the quiet background. Austria supports the Hungarian neighbors in their demands. The hot potato thus lay with the EU countries, which made it difficult to move towards compromise.

This became more and more apparent as the day progressed, and shortly before midnight the agreement was reached: package number six contains an oil embargo, but this initially only applies to ship deliveries – western member countries are affected, as are the landlocked countries in the east can continue to obtain Russian oil via the two strands of the Druzhba pipeline.

Council President Charles Michel wrote on Twitter that the embargo “immediately” affects more than two-thirds of all oil imports from Russia. The country is thus losing a “huge source of finance for its war machine,” emphasized Michel. They are putting “maximum pressure” on the country to “end the war.” Commission President Ursula von der Leyen added immediately afterwards that the deal would end around 90 percent of Russian oil imports into the EU by the end of the year.

The remaining technical questions include the conditions under competition law: Hungary, for example, is likely to bring unrefined products made from cheap Russian oil onto the European market. Orbán swung to this solution: The approach of excluding oil deliveries via pipelines is quite good. However, Orbán went on to add that Hungary needs guarantees in the event that the pipeline is blocked.

So is the sixth package the last? Not at all, says Chancellor Nehammer: “We have to concentrate precisely on the niches. The fifth package was quite smart. We see, for example, that electronic components from the West are installed in captured Russian weapons.” The Russian armaments industry has a big problem if deliveries fail, replica components from Asia are expensive. Nehammer: “I can’t spare myself a side swipe: we’re now talking about oil and gas, but we haven’t talked about a uranium embargo so far.” One should not deal lightly with the unity in the EU, one must be more precise about it think about which sanctions would most likely influence the course of the war.

The current package includes sanctions against other figures close to the Kremlin, including the head of the Russian Orthodox Church, Patriarch Kirill, and former gymnast Alina Kabaeva, who is said to have close ties to President Putin. Fixed is the exclusion of three Russian banks from the Swift international financial system, including Sberbank.

In the dispute over the embargo, the actual topics of the special summit, which was attended by Ukrainian President Volodymyr Zelenskyy, took a back seat. Feverish work is being done to set up “green corridors” to enable the export of around 20 million tons of grain from Ukraine’s Black Sea ports – the question is how far one can trust the warlord Putin when negotiating. The EU is generally in agreement about the financial aid for Ukraine, but what an EU diplomat calls “fine tuning” is still missing. At dinner, the huge topic of energy (the “RePowerEU” project) was discussed. Ukraine’s possible candidate status for EU membership will not be discussed until the June summit at the earliest, but this time the Western Balkans are expressly mentioned in the draft final declaration.