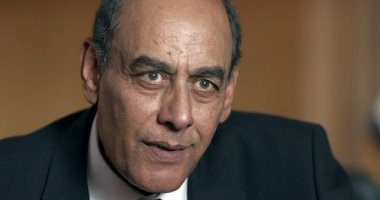 The star Ahmed Badir reassured his fans about the condition of his daughter Sarah, after an air conditioner exploded in her house while she was with her daughter, and said in exclusive statements to “The Seventh Day”: Praise be to God, my daughter and her daughter are fine, and they did not suffer any injuries, and thank God, our Lord saved her and may God protect everyone.

Sarah Badir, on her personal page on the social networking site Facebook, said: Praise be to God, the kindness that saved us from peril and from the misfortune and the kindness of my daughter and I was hidden at the right moment from a big fire in my apartment due to an air conditioner explosion and we were sleeping yesterday.

Sarah added: “Praise be to God for every need and any need that can be compensated with your permission, O Lord, as long as I and my daughter went out in peace.”

And she continued: “Let your mind be strong of adaptations, my group, especially during the two days, and do not sleep while you are its operators, and may God protect us, our families, and all our children, O Lord.”

Recently, the artist Ahmed Badir expressed his happiness with being honored by the Ismailia International Film Festival for Documentary and Short Films, noting that the first time he stood in front of the camera was with the great director Youssef Chahine, where cooperation with him extended in more than one work with a simple view, until he used him in a role In the movie “Scott Hunsour”.

Badir explained that since his inception, he presents the comedic color, but at the same time he searches for the human and tragic scenes, noting that the great move was at the hands of the late director Yahya Al-Alami in the series “Al-Zeini Barakat”.

Badir added that director Yahya Al-Alami faced criticism and attacks from newspapers because of his use, but Al-Alamy insisted on him, stressing that the audience interacted with him on the street, and it was a move for him in presenting serious and different works, such as “On the Pavement”, “Hero of Paper” and others.