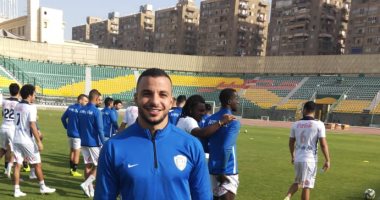 The Al-Ahly Club Planning Committee, headed by Mohsen Saleh, agreed to include Karim Tariq Jinnah Petrojet, loaned this season to the Vanguards of the Army in light of the distinguished level provided by the famous “Spider-Man” player with his team this season. One season in his contract with Petrojet, and thus the Petroleum Club will be forced to sell it next summer to achieve any material benefit, especially since the player refused earlier to extend his contract with Petrojet, and Al-Ahly finds strong competition from Zamalek and Pyramids for Karim Tariq’s services, at the time the Planning Committee transferred The file is for Swiss René Fyler to take the final technical decision before officially negotiating with Petrojet for its annexation.

The technical staff of Al-Ahly confirmed that Al-Shahat will organize a qualifying program that will last for two weeks, after which it will announce its readiness to participate in the matches to be ready to participate with a large percentage of Ahly In the Moroccan Wydad matches on September 26 and October 3 (in Morocco and Egypt, respectively) in the CAF Champions League semi-finals.