When Netflix announced the presentation of a series called “Al Rawabi School for Girls” some started talking about it being the Arabic version of Ellite, and this was the beginning of a major controversy.

There are two types of audience, one who watches the work and begins to criticize it with the first scene because of its refusal to convey a non-typical image of the Arab community, or even of its homeland, because the series is shown on a global platform and watched by millions all over the world, and another viewer does not watch the work and criticize it just for reading anyone’s opinion People, go with the wave.

The series “Al Rawabi School for Girls” is a youth series that discusses societal issues that do not pertain to the Jordanian community only, but also to every Arab community.

The story revolves around “Maryam”, a quiet girl who some girls bully and beat her, and although she is the victim, she suddenly turns into an accused, and what makes matters worse is her mother, who did not believe her complaint and what she said to her, so that quiet girl turns into another person who wants revenge on both around it.

Most of the objections to the series were about portraying the Jordanian society in a bad way. I do not think that whoever said this sentence even watched it. The series does not convey the image of Jordanian society, but rather it is an image of all Arab societies. What happens in “Al Rawabi School for Girls” happens in most schools, why It is as in the past, bullying has increased and problems have increased due to technological progress, this smartphone in everyone’s hands suddenly will turn into a disaster once it is hacked and information is taken or pictures posted on it, it is not a crisis specific to a specific society, it is a crisis that exists everywhere.

The most important point in this series is the parents’ behavior with their children, if we look at it as a message and alert to every family that has a son or daughter in his teens to follow up on him and know what is happening with him and hear him and try to believe him to give him confidence so that he tells everything honestly, many of our problems will end.

Another accusation in the series is that it will affect girls and will convey a bad image to them and that it is a plan to change and influence Arab societies. I do not know if anyone says this. He watched the famous Disney films that teenagers loved, films that may have a greater impact and have relationships and things that you will not find in “Al Rawabi School” Or even any Arab series, the series did not present a different image from reality, but rather from the heart of reality. 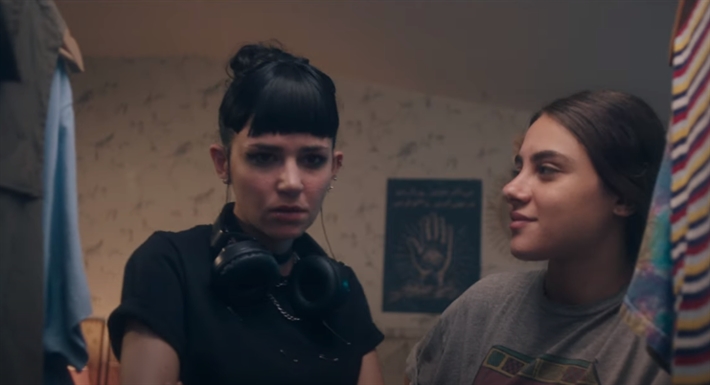 And there are some who spoke about the girls’ sessions and their frankly speaking, that this does not happen between any group of friends, whether girls or boys, even in our old Arab works and Egyptian films. Were there not scenes of a number of girls talking about this or that young man and their admiration for him and when she will grow up and marry.

In the end, this controversy and uproar in favor of the series “Al Rawabi School for Girls” caused an increase in the number of views and the audience’s interest in following it, and the series was on the technical level so interesting that you will watch the 6 episodes at once and will not feel time or boredom, as for the performance of all the actors, whether young girls or Jordan’s big stars “Mays Faten” and “Mays Abeer” are suitable for the roles as if you are watching a work from reality, the use of music by Jordanian, Egyptian and other independent bands was a big factor in attracting the audience to work, and made them wait for the second part of it.