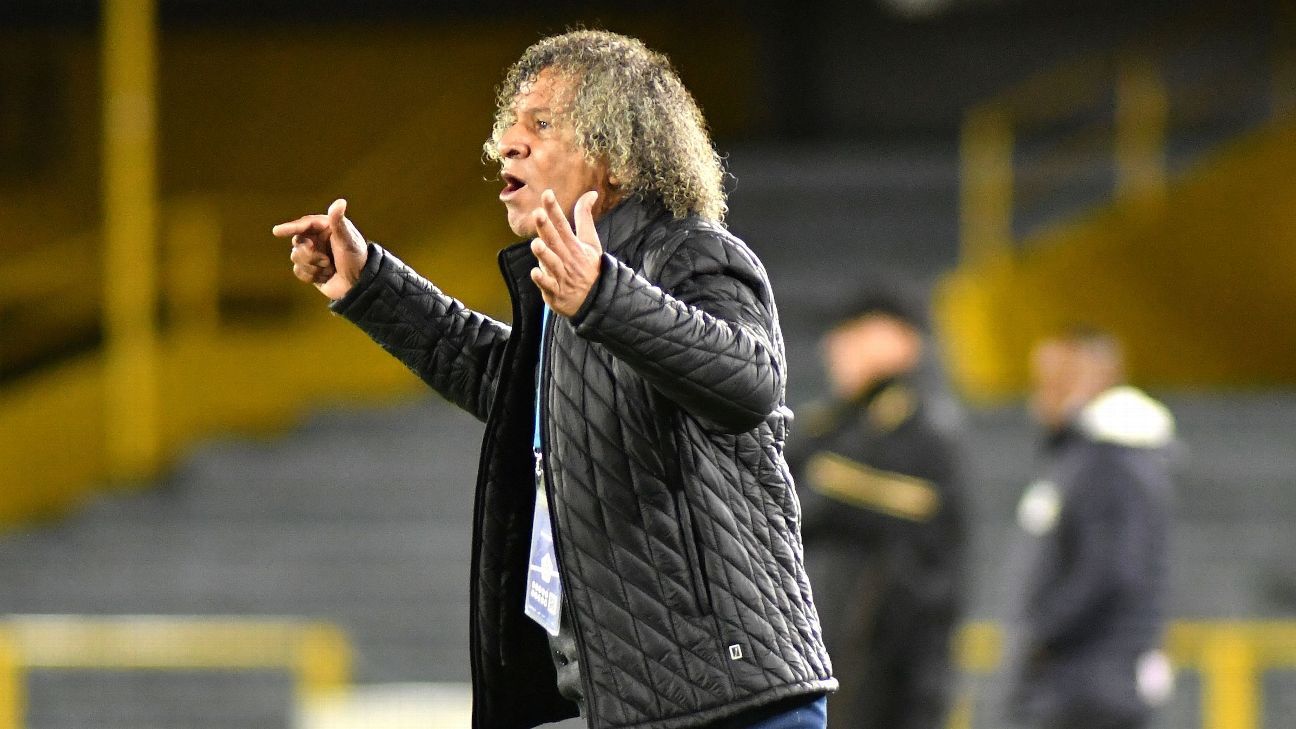 Millionaires prepare for their second Florida Cup engagement, where he will face Atlético Nacional. The Albiazul team drew in their debut against Everton and in the penalty shootout they were surpassed by the English.

Prior to the classic against the Antioquia squad, coach Alberto Gamero spoke exclusively for ESPN 360, where spoke about the conclusions left by the commitment against the Toffees, the casualties and reinforcements of Millionaires, the possible replacement of Chicho Arango, the youth who could rise to the professional squad, the return of Felipe Román, among other issues.

“The soccer thing left me calm. The team is learning to compete in those kinds of games. I told the players that this was not only Millionaires, it was Colombia and we had to play like one of those final games, and it seems to me that they understood.

“I really liked that the rival was respected because of the trajectory he has, but I always show that nobody is respected on the field, they have to do their job and did a serious job, a team that came out to propose, that went out to to win”.

“We always realize that in European football the pressures are not done very thoroughly, they do not risk much, they try a lot to cover the central corridors, and one of the tasks that we set ourselves in the game was that, we are going to risk a little more, we are not only going to be aware of the central corridors, but also cover the ends and go towards the goalkeeper with high pressure “

“I love that physical game that they have, I saw that they made changes from the front and were perfect, that we also have to learn and improve a lot. We see how they know how to fall into the dead spaces behind the backs of the centrals. The precision and control they had also caught my attention “

“We technicians are never going to say what we need. We must give more importance to what we have. Undoubtedly the board of directors, the ‘scouting’ and we have moved to see what we can bring, but it is not easy to bring a player. If he is Colombian, it has to be that he is not playing today because no Colombian who is playing is going to go out to come to Millonarios “

“The doors are not closed, we are seeing possibilities and if we see the option of bringing a player for the economic part that is good for the team, that is a player that will adapt to what we want, then welcome”

“Last semester they told me why Mojica doesn’t play and I told everyone how would I play if Arango is there. Today Arango is not there and Mojica is playing and it seems to me that he has been an important player in these two dates. I have also really liked Ruiz’s work when he plays indoors. There we are consolidating a position that was very important to us last semester “

“The return opens up many things for us because when he started playing he did it to the extreme. So that is a possibility for tomorrow that we can have. But I want him to consolidate as a right back “

The youth players who come asking for a clue

“Today the only player we have injured is Kliver and in that position if we don’t get an important player, we have a Dewar Victoria boy who I love, I have been fascinated by his dynamics and his way of playing. Paredes is a powerful winger, very fast, which I like. There is also another boy named Cortés who is a midfielder 10 and I think he is an excellent player “

“He has a discomfort in his knee from a blow, it is nothing serious, we will see tomorrow that we return to training and we will see to see how he is. We also have Garcia who can do that position, we are not going to risk a player “