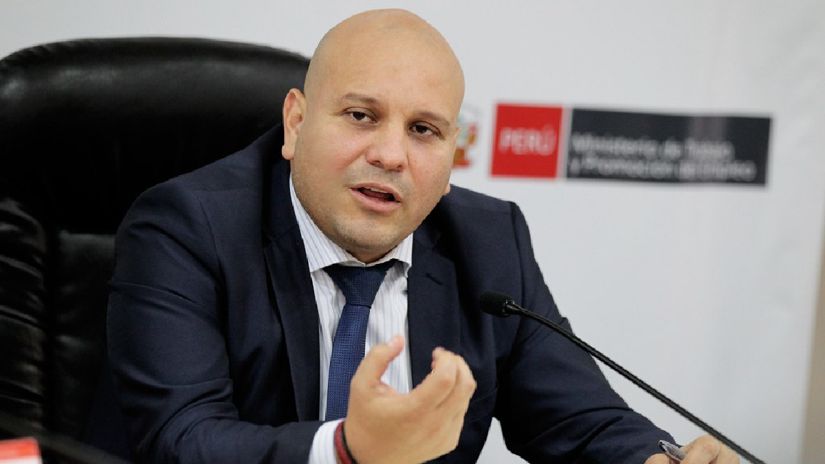 The Minister of Labor and Employment Promotion, Alejandro Salassaid that there was a denial of the question of confidence by Congress.

“Totally, the president [Pedro Castillo] He has said it in his message to the nation: that confidence in the Executive Power has been denied and that is why the Cabinet in crisis is going to renew the Cabinet and based on that there will be a new premier or a new premier,” he said in statements to RPP.

Alejandro Salas He explained that there may be different interpretations or criteria regarding this issue, but what prevails is “the highest-ranking rule, which is the Constitution.”

In addition, he commented that the Government’s intention is not to dissolve Congress, but to find consensus and achieve a “field of balance of powers.” “And to tell Parliament that it is time to work together, that is what has been sought for a long time,” she remarked.

The Minister of Labor also assured that the head of State has not offered him to be the head of the Ministerial Cabinet. “They have not proposed it to me, for me serving the country is an honor. I am not going to run from any challenge either, but they have not proposed it to me, where I have to develop myself, I will give my best for the country,” he added.

Parliament’s motivations for rejecting a question of trust

In a plenary session of Parliament, the head of the Legislative Branch, José Williams, said that This decision was agreed by majority “because it deals with matters prohibited for its approach”.

In addition, he maintained that they have also “urged the Council of Ministers to scrupulously respect the constitutional and legal parameters for the question of trust.”

The head of the Ministerial Cabinet, Aníbal Torres, presented on November 17 a question of confidence regarding the approval of the “Bill that restores the political participation of the people” and seeks to repeal Law 31399, approved by Congress, which prevents that, based on citizen initiatives, a referendum can be called.