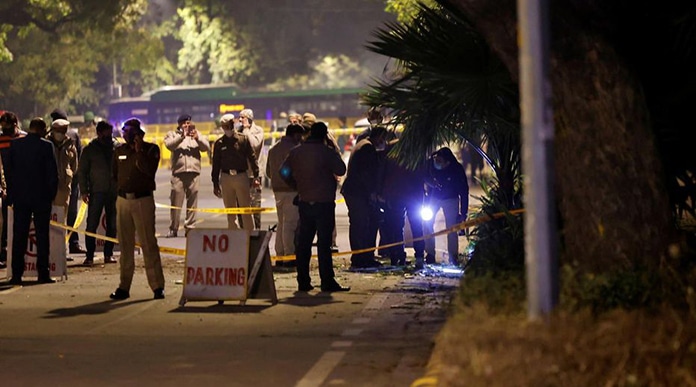 An explosion occurred on Friday without injuring anyone outside the Israeli embassy in New Delhi, damaging cars, police said.

The district where the embassy is located was cordoned off after the explosion, during the intervention of the police and deminers. In a statement, the police referred to “a device of” very low intensity “which shattered the windows of three neighboring cars.

“The first elements suggest a malicious attempt to create a sensation,” the statement added.

In February 2012, a bomb attack on an Israeli embassy car in New Delhi left four people injured, including a seriously injured woman. Israel had accused Iran of being behind the attack.

Friday’s explosion occurred not far from where Prime Minister Narendra Modi as well as government and military officials were participating in a military ceremony.

An important security device is currently deployed in the Indian capital due to farmers’ protests against reforms. The protest movement that has affected New Delhi for more than eight weeks has grown this week and clashes erupted Friday between hundreds of farmers and opponents of their movement.