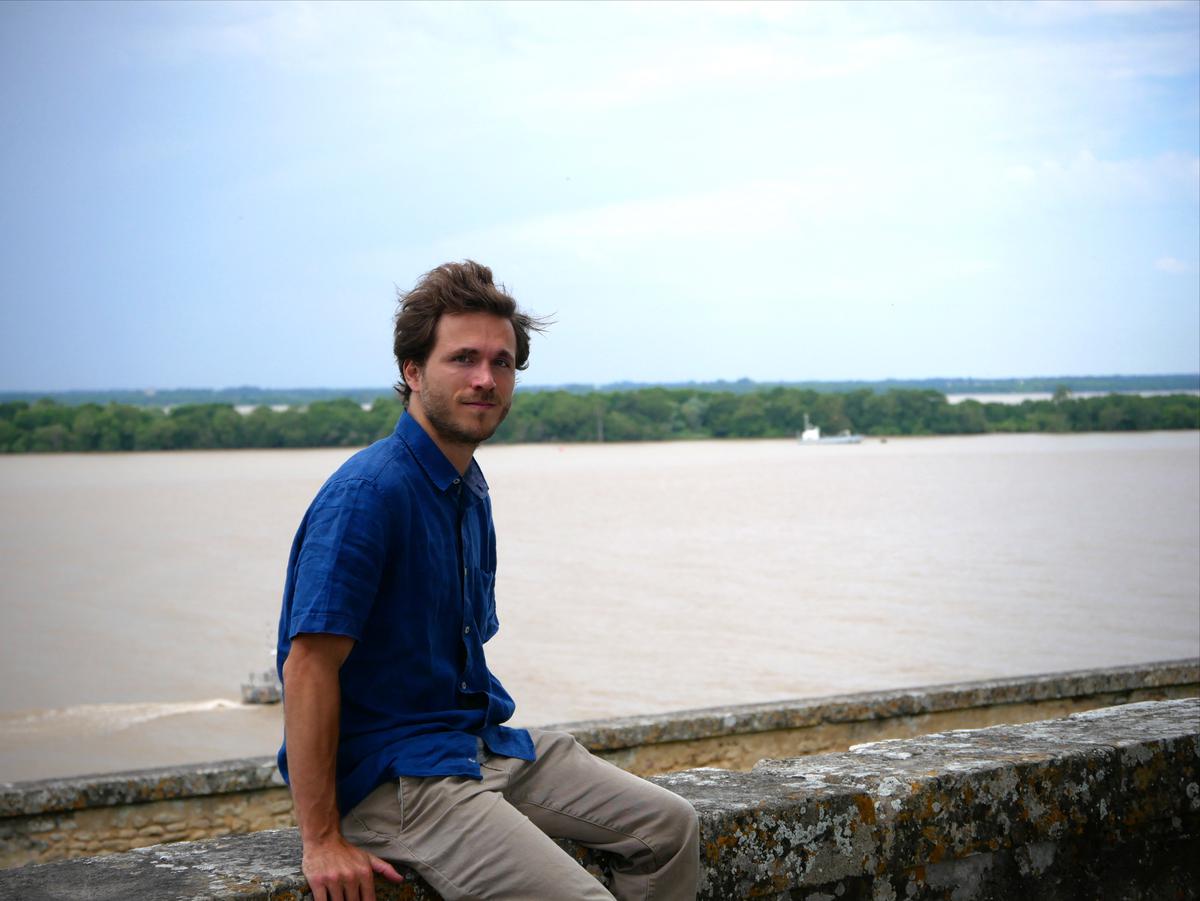 The young singer installed in Plassac, released his EP “Estuaire” on June 21st.

Based in Plassac, near Blaye, for several months, Alexandre Charles called his first EP “Estuaire”. An album of French song with sounds sometimes jazz, sometimes rock released on the day of the Fête de la Musique. A month later, he just shared the music video for the song “Mississippi Garonne”, inspired by his trip to the United States and the similarities he sees with the Garonne.

The lyrics evoke the people and the elements that make up the Garonne. He sings “My Mississippi is a Garonne, with the brown hue of an autumn leaf …”, “The blood of vines and that of men …”. The singer-songwriter is also a guitarist and saxophonist.

The clip was shot along the Garonne, to the estuary. We can see the palus and a plaice of Virelade. The Langoirannais will recognize the bridge and the vines of the village. We can also see the course of the Ciron in Pujols-sur-Ciron. Further north, the cliffs in the clip are those of Mortagne-sur-Gironde and Alexandre Charles also appears on Vergnes beach in Meschers-sur-Gironde.