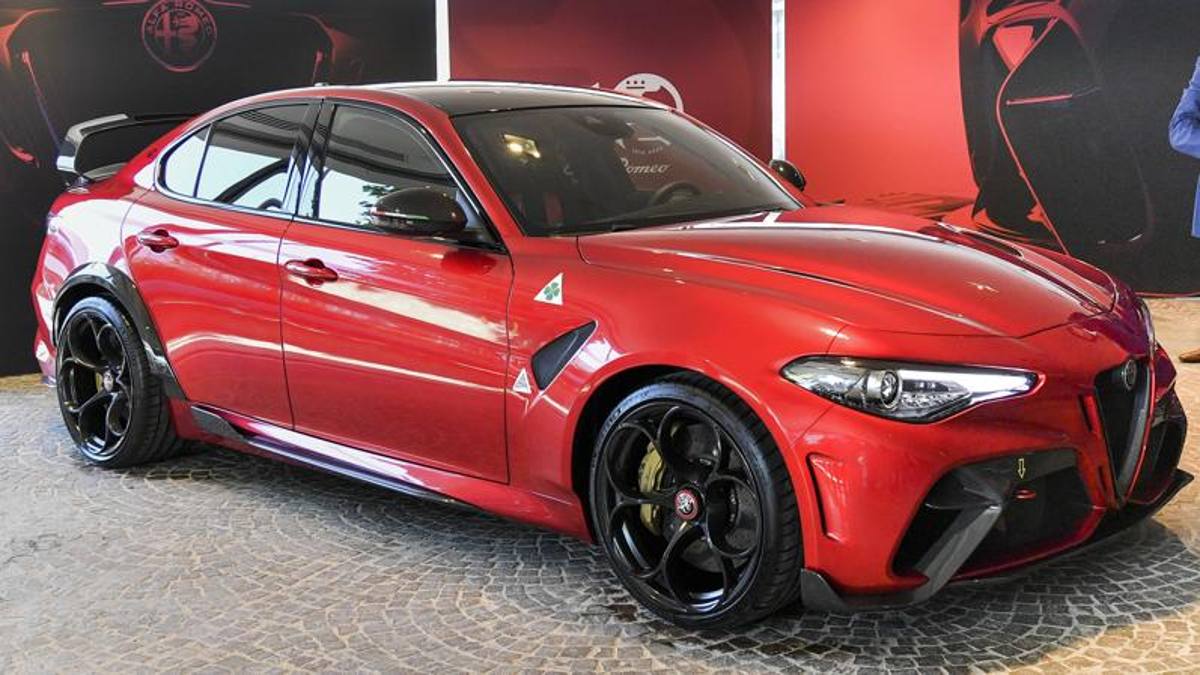 Shown at the Arese Historical Museum in the Gtam version on the occasion of the 110 years of Biscione. Aggressive design, bad sound and refined technique

110, 24, 500, 55, 540: do we give the numbers? Yes, give them. Because they are numbers that count. The 110 years of Alfa Romeo history, celebrated on June 24 with the reopening of the Arese Historical Museum, represented a perfect setting to preview, in sheet metal, carbon and pistons, the new model that evolves in a contemporary sense what cars with scudettone and trilobo have always incorporated: the spirit of authentic sportiness. Which is embodied today in the superlative Alfa Romeo Giulia Gta, expected production of 500 units, in addition to those in equal numbers of the Gtam, a racing twin but “street legal” (approved for road circulation). An acronym that returns after 55 years; as far back as 1965, the Giulia Sprint Gta made its debut, the splendid coupe that for about a decade laid down the law in tourism racing throughout Europe. With a “recommendation” from such an ancestor, the premises could not be better for the new wild Gta, starting from 540 horses ready to gallop at full speed in the ideal asphalted “grasslands” of the most demanding circuits.

However, power is only part of the equation: they are all capable of inflating a kilowatt engine to go strong only on the straight. Another story is when the straight ends and the choice is between an optimal entry into a curve or a close encounter with the diabolically grinning escape route. What did the great Colin Chapman, creator of Lotus, say? A phrase now universally known: “Increase the power and you will be fast on the straight; lighten the car and go fast everywhere ”. Lesson that Alfa know very well, so for the Gtam (this is the version shown at Arese on June 24) a hundred kilos were taken from the mass of the Giulia Quadrifoglio, the model from which it started. By the way: the famous team of young engineers that was gathered in a secret place a few years ago when the new Giulia had to be designed, among the numerous ideas put on the table, sketched the current Gta as an effective Quadrifoglio, only that its characteristics l ‘would have made it too exclusive for the production volumes that the company intended to achieve. Instead as a limited series it is absolutely perfect and now it is among us.

Light, therefore. Such as? First of all extending the use of carbon to different parts of the bodywork (in addition to the transmission shaft, already in this material for all Giulia); then using Lexan, a polycarbonate very common in competitions, for side windows and rear window; the new Akrapovic titanium exhaust is integrated into the carbon diffuser, the same material used for the rear wing. Even in the interior the diet has been careful, choosing Alcantara for all the upholstery (this fabric is lighter than the skin), in addition to the removal of the rear seats and the installation of monocoque racing seats for driver and passenger. The 20-inch wheels are also dedicated, inter alia fixed to the hub by a single nut bolt. The total bill is about 1,520 kg, a weight / power ratio of 2.82 kg / hp.

POWER IS NOT ALL …

When the going gets tough, that is when the speed in driving on the track becomes very high, first of all the car must remain glued to the asphalt. On long straights, Monza for example, the stability factor becomes primary. For this reason, the front diffuser of the Gtam has been increased, as well as being active and longitudinally adjustable. You can also adjust the inclination of the rear wing (exclusive for the Gtam), manually in the central part. The aerodynamic care is completed by the side skirts made in collaboration with Sauber Engineering, derived from the Formula 1 car, therefore. The cornering grip also improves thanks to the widening of the carriageways by 50 mm, without forgetting newly developed springs, shock absorbers and bushings.

See Also:  "There should have been a pandemic game book"

… BUT THE HORSES ARE ALWAYS MANY

Thirty more horses than the Quadrifoglio were not obtained exclusively by “pumping” the electronics. There have been several interventions on the engine lubrication system and on the cooling, in order not to compromise long-term reliability. Here too, the overall result is what matters. The numbers declared by the house indicate 3.6 seconds to cover the acceleration 0-100, while the maximum speed is assumed to be significantly higher than the 307 km / h of the Quadrifoglio. They can be enough.

Especially in an extreme sports car, form follows function. It means that aesthetics must put themselves at the service of performance. The design of the Giulia Gta, as well as that of the Gtam, therefore satisfies the idea of ​​beauty typical of the Alfa in the most suitable way for the racing destination of this model: it has the bad, very bad appearance. It is of course the aerodynamic appendages that enhance these characters. The more than abundant and increased air intakes for the brakes should not be overlooked, not to mention the cooling grille included in the bumper, bloody magnified. Behind, wing aside, the central exhaust integrated in the bumper screams even when turned off. When it’s in operation, then, it’s all a symphony. Beautiful and decisive, the Gta. So for a few: 175,000 euros to pay for those lucky 500, while they are 180,000 for the 500 that target Gtam. Beautiful dreams cost.

See Also:  How powerful is the new auto company?