Alfred Biolek
Scott Biolek-Ritchie on the death of his adoptive father: “He could just fall asleep without suffering”

His son Scott Biolek-Ritchie was sitting by Alfred Biolek’s bed when he died less than a week ago. But letting go of the father was difficult for him.

Scott Biolek-Ritchie, the adopted son of Alfred Biolek (1934-2021), was sitting by the 87-year-old’s bed when he died on July 23, according to the magazine “Bunte”. He held his hand, said Biolek-Ritchie, “and told him he could go quietly. I respect this decision and I am happy for Alfred that he was able to fall asleep without suffering.”

“Letting go” of his adoptive father was difficult for him, explains the 51-year-old in “Bunte”, “but it was his wish”: “To love someone also means to release him.” Elsewhere, Scott Biolek-Ritchie says it was Biolek’s “conscious decision” to “no longer want to live. He always said he had a great life. But now it was enough for him.”

Alfred Biolek became a cult star in the 80s and 90s. From 1991 to 2003 he stood in front of the camera for his weekly ARD talk show “Boulevard Bio”. His television series “alfredissimo!”, Which ran on WDR from December 1994, made cooking in front of the camera prominent in Germany. Until 2007, various star guests stood at the stove to cook their favorite dishes. “Bio” finally ended his TV career.

Photos of a career 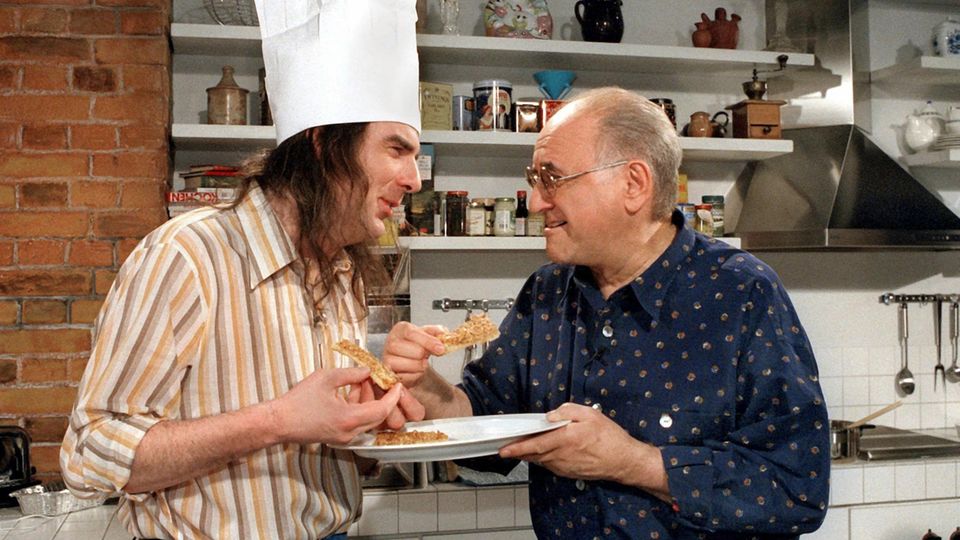 In 2010, Biolek was seriously injured in a fall on the stairs. In the following years he withdrew as much as possible from the public. In April 2021, his second adopted son, Keith Biolek-Austin, died in the United States at the age of 58. Biolek-Ritchie explained in the “Bunte” interview that this severe stroke of fate was “extremely damaging to Biolek”.