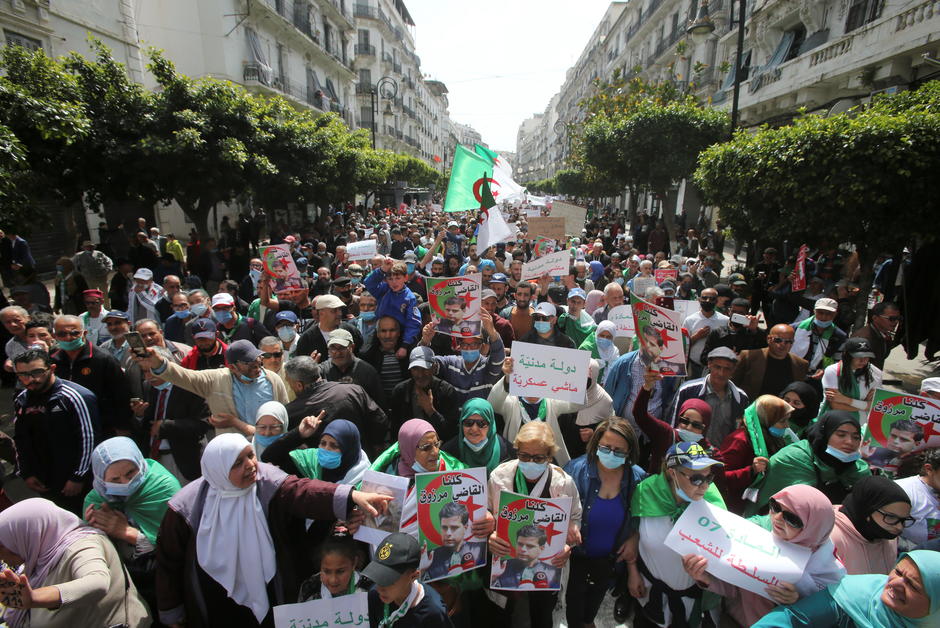 The Africa press review of RFI looks back at the situation in Algeria, after the Algerian state decided to dissolve the Rassemblement actions jeunesse (RAJ). An association that was in the forefront of the Hirak, a popular uprising to challenge power that began in February 2019.

“Another authoritarian turn of the screw against the associative world, s’exclame The Morning of Algeria. The administrative court of Algiers pronounced yesterday the dissolution of the Rassemblement actions jeunesse (the RAJ), an association which had been at the forefront of the Hirak. […] This decision once again shows the despotic face of the regime in place ”, still fumes the Algerian media.

“The authorities blamed theONG, remember The World Africa, to act in violation of the law on associations and in contradiction with the objectives enumerated in the statutes ”.

A blow to human rights

In a press release published at the end of September, the RAJ had rejected these accusations, based mainly on the public activities of the association during the Hirak. THE’ONG had qualified his actions “Compatible with its mandate as an association working to promote the involvement of young people in the management of the city.”

“This verdict will not weaken us, will not erase the twenty-eight years of existence, resistance and struggle for citizenship, freedom and democracy”, reacted on RAJ in a statement, announcing that his lawyers would appeal.

Comment by Amna Guellali, Deputy Director of the Middle East and North Africa Program at Amnesty International, quoted by The Morning of Algeria : “The decision to dissolve the RAJ is a blow to human rights in Algeria. It is also a disturbing indication of the authorities’ determination to crack down on independent activism and the rights to freedom of expression, association or association and peaceful assembly. ”

Freedom of the dogged press

As for press freedom in Algeria, the situation is mixed. The daily Freedom points out that 350 journalists are currently imprisoned in the world, including two in Algeria, Rabah Karèche and Mohamed Mouloudj! “In the world ranking of press freedom, Algeria occupies the unenviable 146th place, far behind Niger (59th) and Tunisia (73rd), and also behind Afghanistan, and between the Philippines and Russia . ”

Journal commentary Freedom : “In a dictatorship that assumes itself, freedom of the press and freedom of expression in general are banned; in democratic deceptions, dictatorships adorned with the clothes of democracy, freedom of expression is both proclaimed and repressed. The other rights and freedoms are treated the same. And, in addition, the + democratic + institutions are distorted in their functions: the multiparty system is supervised, the + elections + are rigged, justice and the + elective + bodies are subject to the political order… ”.