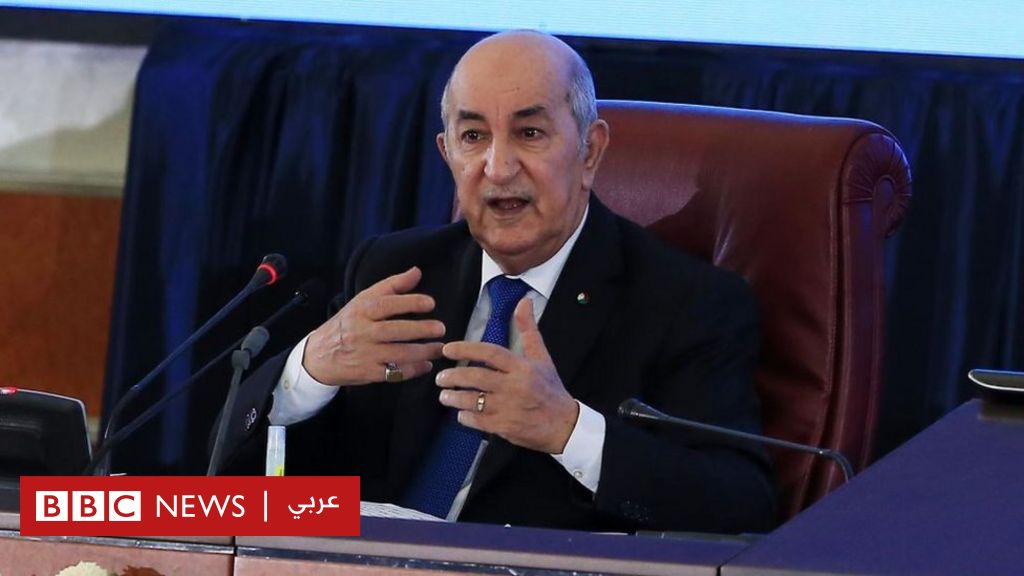 Algerian President Abdelmadjid Tebboune called on France to “full respect” for his country, in the latest escalation of the diplomatic dispute between the two countries over travel visas.

In his first public comment on this issue, Tebboune said that “France should forget that Algeria was once its colony.”

The next day, the French army said that “Algeria prevented French military planes from flying over its territory.”

The row erupted after France reduced the number of visas it issues to citizens of Algeria and other Arab countries in North Africa.

France regularly uses Algerian airspace to reach its forces fighting jihadists in the Sahel region in the south.

And media reports said that French President Emmanuel Macron had told the descendants of Algeria’s war of independence 1954-1962 that Algeria was ruled by a “military-political regime that completely rewrote its history,” according to Agence France-Presse.

The Algerian president’s office responded by saying that the undeniable statements were “interference” in the country’s internal affairs.

Tebboune told local media that the return of the Algerian ambassador to France “is conditional on full respect for the Algerian state.”

He added about the history of Algeria and the past of French colonialism: “We cannot act as if nothing had happened.”

Relations between the two countries were often tense, but never reached the low level it reached in recent days.

An endless war of memory

The French president was reported to have criticized what he called the “official history” that Algeria wrote for itself, saying that it was “not based on facts”.

Tebboune described him as “trapped in a very cruel regime.”

Macron also said that the French decision to reduce the number of visas granted by his country to citizens of Algeria, Morocco and Tunisia will not have an impact on students or businessmen.

He added that this step aims to “disturb the leaders.”

Macron said on Tuesday he hoped tensions with Algeria would decrease.

“My wish is that things calm down because I think it is better to have talks and make progress,” he told France Inter.

He also said that relations with Tebboune were “really friendly.”

Algeria was once summoned by its ambassador from France in May 2020 after the French media broadcast a documentary film on the pro-democracy protest movement that ousted the late President Abdelaziz Bouteflika from power.

However, Macron has gone further than previous French presidents in seeking to confront the legacy of France’s colonial history.

While campaigning for the presidential elections in 2017, he said that the colonization of Algeria was a “crime against humanity”.

Last month, he asked for “forgiveness” from the families of Algerians who had fought alongside the French in Algeria.

Last year, Macron commissioned the French historian Benjamin Stora to assess how France dealt with its colonial legacy in Algeria.

Algeria rejected Stora’s report, saying it was “subjective” and failed to prove France’s “official recognition of war crimes and crimes against humanity committed during the 130 years of Algeria’s occupation.”

In his report, Stora said France and Algeria were engaged in a “never-ending war of memory” and competing claims as to who was the real victim.