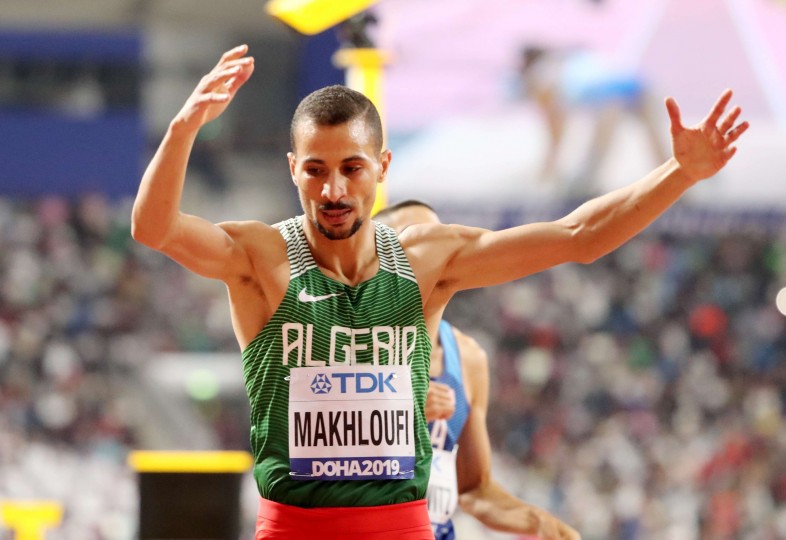 Algeria: Algerian runner Taoufik Makhloufi announced that he will not participate in the Olympic Games currently being held in the Japanese capital, Tokyo, due to his lack of readiness due to a knee injury.

Makhloufi said, through his account on the social networking site “Facebook”: “I waited for the last moment to make the decision because it is difficult and important for me because I thought about the people who were waiting for my participation in the Olympics. It saddens me to inform you that I will not be on the plane carrying the third batch of our mission to Tokyo on the day.” 26 July”.

He added, “I had to listen to my body and knee, which was confused with the Corona epidemic that afflicted me last year on my preparations, it is not easy to be at the highest level when our fitness betrays us, I did several physical tests and they were not positive, not achieving the times I used to in training was It’s frustrating, but coming back from Japan empty-handed would have been even more frustrating.”

Makhloufi continued, “As you know, for years I have been trying to do my best to represent Algeria with honor in international forums, from the London 2012 Olympic Games to the 2019 World Athletics Championships in Doha, through to the 2016 Rio Olympics, I lived unforgettable moments and a great joy that you shared with me as if they were your joy.”

And he added, “Being at the people’s opinion is not an easy thing, especially when it comes to the hopes that were given to me by wonderful people like you. respectively, but the ambition and goals of the athlete are offset by physical fitness and some factors that can upset them.”

Addressing the Algerians, Makhloufi confirmed that he would have liked to participate, carry the Algerian flag and run for them, but he preferred not to give them false hopes, as he described it.

Makhloufi, 33, pledged that he will try to return with greater strength and determination to the upcoming competitions, referring to the 2022 Mediterranean Games in Oran and the 2022 World Championships in the United States of America.