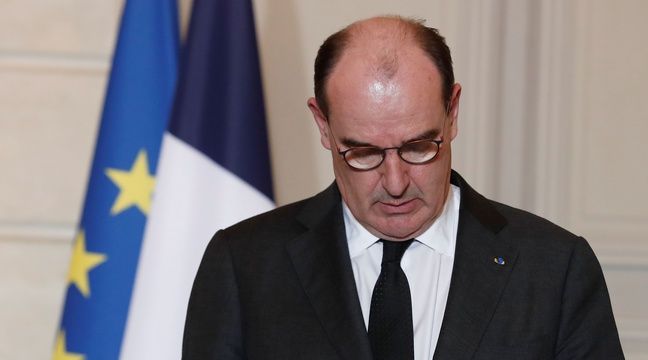 Communication that goes wrong. After the leaks at the start of the week on a probable reconfinement and then the great uncertainty of the last few days, it is finally Jean Castex – and not Emmanuel Macron – who went to coal, at 8:30 p.m. Friday evening. In five minutes, the Prime Minister announced from the Elysee new last-ditch measures to curb the spread of Covid-19 in order to avoid the supreme punishment. An emotional roller coaster that was unanimous against him among most of the elected members of the opposition.

“All that for that,” lamented in unison the leader of LR deputies, Damien Abad and the national secretary of the PCF, Fabien Roussel. “I find it particularly dangerous to play on the psychological rope of the French by raising the threat of confinement in recent days to finally send on the fly an embarrassed Prime Minister to make minor announcements,” tweeted the LR deputy from Ain.

All that for this ! I find it particularly dangerous to play on the psychological rope of the French by raising the threat of containment in recent days to finally send on the fly an embarrassed Prime Minister to make minor announcements. #Castex #COVID19

“France is not in danger of regaining control over the epidemic and reassuring the French with these measures. Nothing on the vaccination campaign and no exit from the tunnel in sight! “, For his part denounced the elected Communist.

“When are we going to plan alternatives to confinement? », Asks Mélenchon

The far right ironically welcomed the closure of borders to non-EU countries while deploring “the time lost”. “From the start, without being listened to, we have been saying that this is one of the most effective ways to slow the epidemic,” said Marine Le Pen on Twitter.

For Jean-Luc Mélenchon, however, it is “still time wasted”. “When will we finally plan alternatives to confinement? When are we going to have vaccines to be produced under a free license? Asks the leader of the rebels.

The national secretary of the Europe Ecology Les Verts party, Julien Bayou believes that the government is choosing “the economy instead of health”. Conversely, the leader of the Modem deputies Patrick Mignola praised “serious and balanced measures”. Satisfaction also from the mayor of Nice Christian Estrosi.

For the boss of the Paca region, Renaud Muselier, these new measures make it possible to avoid “for the moment a reconfinement” by attributing a part of these decisions to the “consultation of elected officials” Thursday which “has undoubtedly borne fruit”.