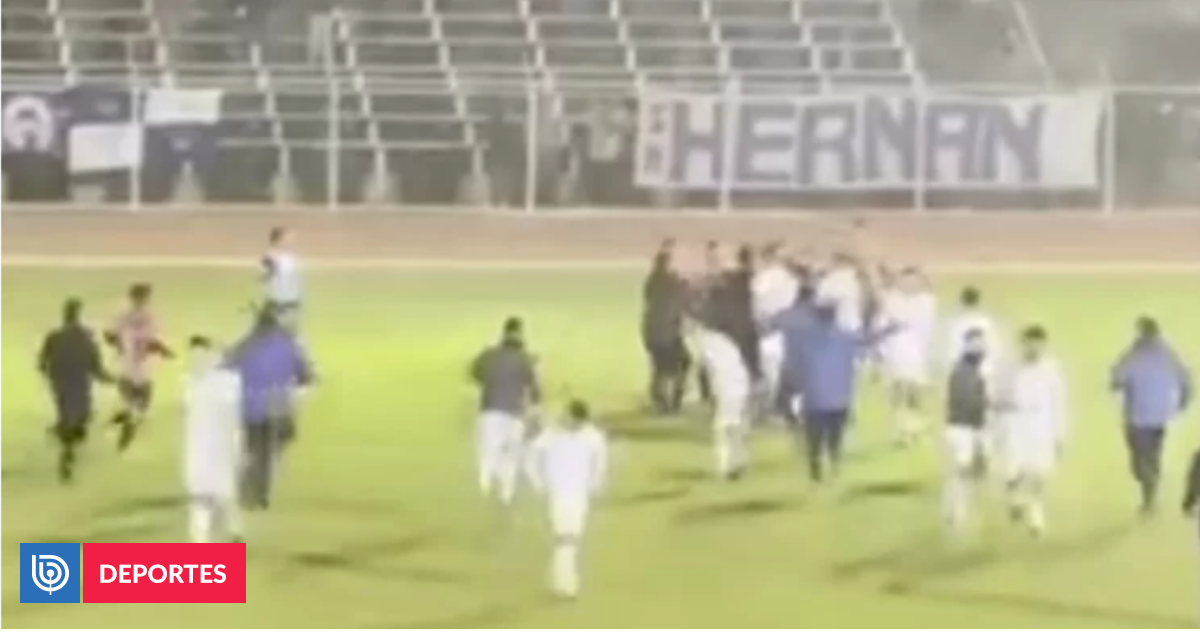 The President of Colchagua, Jorge Salazar, expressed his heartfelt words after ANFA’s decision to suspend them and Rancagua Sur for 18 months from the Third Division championship.

a pitiful episode of violence was recorded a few weeks ago in the Third Division of national soccer. the duel between Colchagua and South Rancaguaended in a true pitched battle between fans and players from both casts.

The tragic episode was recorded by the cameras of those attending the meeting and went around the country, due to the brutality of its images.

Today the resolution that determined NAFA, who decided suspend both squads from the Third Division of Chile, for a period of one year and a half, after the events that occurred at the Jorge Silva Valenzuela stadium, in San Fernando.

After the harsh determination of the governing body of amateur football, the Rancagua Sur team issued a press release, where they indicated their position, before disaffiliation due to the tremendous fight in the match. The letter starts by detailing that “The ball got stained.”

“Sadness invades us right now, words are scarce and thoughts, without a doubt, play tricks on us. The process of young soccer players who, through hard work and effort, managed to position themselves in this difficult division is cut short”, lamented the ‘rojinegros’.

Who also spoke about the strong decision of the meeting, was the president of Colchagua, Jorge Salazarwho in dialogue with ADNexpressed that “We are dead. We assume that responsibility, but we don’t have the power and it’s impossible to be on top of every fan of this club so they don’t invade a pitch”.

In addition, he pointed out that “We thought that that would be the punishment and we were willing to accept it. But ANFA decided otherwise, they want to set an example so that it does not weigh again and unfortunately an institution that does not have that profile is punished”.

Lastly, he stressed that they did the efforts to demonstrate their position before the Ethics and Discipline Commission, but these were not taken into account and the decision to suspend them was not reversed of the tournament for a certain time.

Undoubtedly a sad situation for both casts, that they could not calm their anxieties and emotions after the duel and that with the violent scenes, they are left without being able to see action for 18 months, while their long suspension lasted.

A punk rock guitarist killed by his son