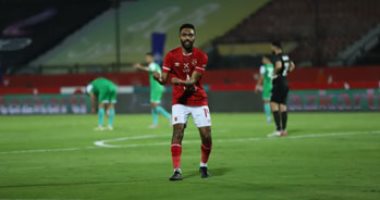 Once again, Al-Ahly Club Hospital opened its doors to receive new inmates after the injury suffered by Hussein Al-Shahat, the star of the team, with a cut in the knee cartilage, to join the long absence line in the ranks of the red genie, which is what we shed light on in the following lines..

Q: What is the list of the injured in Al-Ahly?

Q: What is the nature of the injury of Hussein Al-Shahat, the newest inmate of Al-Ahly Hospital?

A: The season of Hussein Al-Shahat, the star of Al-Ahly club, ended after he suffered a cut in the knee cartilage, and the player is scheduled to perform surgery during the next few days, and then start the rehabilitation program to recover from this surgery, which takes approximately two months to qualify before returning to group training.

Q: What about Ahmed Abdel Qader?

A: Ahmed Abdel Qader is currently running a rehabilitation program to recover from the injury he suffered recently, which was a tear in the front muscle, which he suffered in the last match between Al-Ahly and Zamalek in the league, which ended in a 2-2 draw. Ahmed Abu Abla, head of Al-Ahly’s medical apparatus, confirmed that Abdel Al-Qader is proceeding regularly in the implementation of his rehabilitation program, and that within a week he will participate in group training.

Q: What about Percy Tao’s position?

A: South African Al-Ahly star Percy Tao will be organizing his club’s training after two weeks, as the medical apparatus of the red genie used “plasma injections” to quickly prepare the team player from the injury he suffered recently, which was a rupture in the origin of the front muscle.

Q: What about Yasser Ibrahim’s position?

A: Yasser Ibrahim complained of a slight strain in the front muscle, and he missed the matches of Petrojet and El Gouna, and he is scheduled to implement a rehabilitation program to prepare him for the upcoming matches.

Q: What is Mahmoud Waheed’s position?

A: Mahmoud Waheed, the left back of Al-Ahly Club, is organizing his team’s team training after 10 days, as the player is close to recovering from the connective muscle strain he suffered in the last Pyramids match in the Egypt Cup.

A: Absolutely, Akram Tawfiq, the star of Al-Ahly club, began implementing the last stage of his treatment program to recover from a cruciate ligament injury, as less than a month separates him from returning to the stadiums before participating in Al-Ahly’s collective training, and then participating in matches gradually, according to the player’s condition. After his regular training.

Q: What about the nature of Ammar Hamdy’s injury?

A: Ammar Hamdi suffered a cruciate ligament injury while he was with Al-Ahly in the UAE, to compete in the Club World Cup, during which the team succeeded in winning the bronze medal for the second time in a row and the third in its history. The player is currently performing his rehabilitation program to return to the stadiums and still has a period of time Great to return.

A: Al-Ahly club officials are following up with one of the senior German doctors specializing in orthopedic surgery the case of the Mozambican player, Luis Micisoni, the team player, and Al-Ahly officials are keen to send reports and continuous medical examinations to the German doctor regarding the condition of the Mozambican player, especially after the German doctor advised the Al-Ahly administration not to perform surgery for Michisoni after an injury to the inner ligament of the knee.