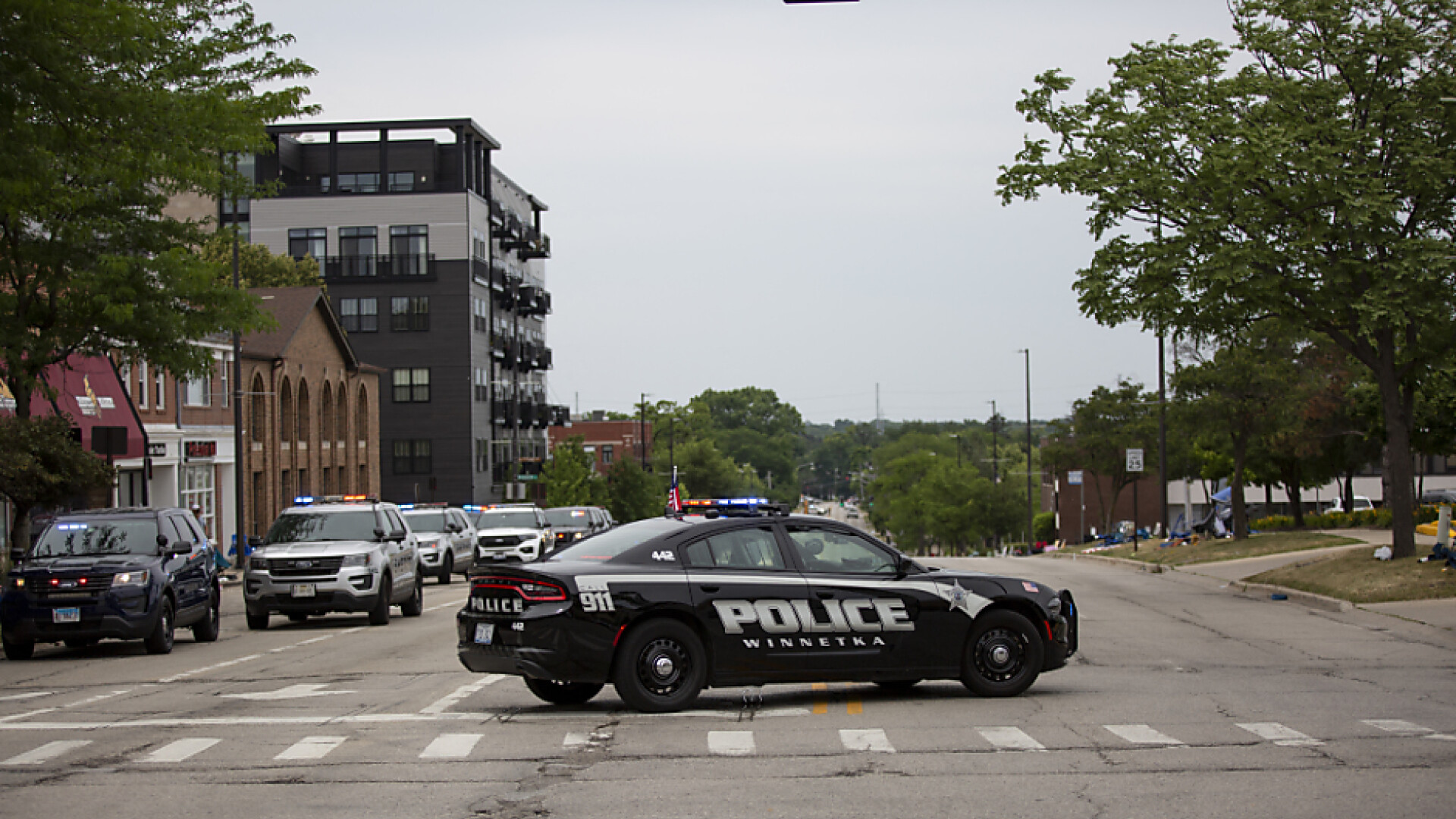 As the police announced on Tuesday, the man fired around 70 shots seemingly indiscriminately into the crowd from a roof with what was initially believed to be a legally acquired gun. More than 30 people were injured. Investigators in the United States continue to puzzle over the motive of the perpetrator after the bloody crime.

The crime was committed in a suburb of Chicago in the state of Illinois. Several music videos posted on the internet showing scenes of gun violence are attributed to the suspect. He was arrested hours after the crime.

Numerous residents gathered in the center of Highland Park, a town of 30,000, on the morning of July 4th, when Independence Day is celebrated nationwide. They wanted to celebrate together. But the first shots were fired shortly after the parade began. Eyewitnesses later reported in US media that they initially thought the noise was fireworks. “Words fail me to describe this type of monster that lurks and shoots into a crowd of families with children,” state Gov. Jay Robert Pritzker wrote on Twitter.

About two dozen injured were taken to hospitals, police said. A doctor at a hospital said it treated patients aged eight to 85 with gunshot wounds, including several children. An eyewitness named Miles Zaremski told CNN that he saw several injured and lifeless people lying on the ground. “It was heartbreaking.” He heard around 30 pops. People fled the parade. “It was just chaotic.”

According to media reports, the suspected shooter could be identified from the weapon. Investigators found DNA traces on the gun that the suspect left behind at the scene, US broadcaster NBC News reported.

An uncle of the arrested suspect told CNN that he saw no warning signs of such violence. “I’m heartbroken. I didn’t see any indication that he would do anything like that.” He has never seen his nephew behave violently or behave in a worrying way. “I can’t say anything bad about him.” He described the young man as a withdrawn person: “He’s a quiet kid. He’s usually alone. He’s a lonely, quiet person, he keeps everything to himself.”

According to US media, the suspect is said to have tried to make a name for himself as a rapper. Several social media accounts believed to be linked to the young man have since been blocked. In archived versions – apparently self-made – videos of the alleged shooter can be seen. They were published under a pseudonym. A video uploaded about a year ago shows a comic strip in which several scenes of shootings can be seen. At one point, a gunman lies on the ground in a pool of blood, surrounded by police officers with drawn guns.

Another video shows a man with brightly colored hair and several tattoos, including on his face. He can be seen in a room that is supposed to represent a classroom. Towards the end of the video, he poses in front of a blackboard with a protective helmet and a type of combat vest. He holds up a US flag. Investigators had published a mug shot of the suspect on Twitter. Authorities initially gave his age as 22, but an FBI bulletin later said he was 21.

According to the investigators, the suspect had been preparing his bloody deed for weeks. The 21-year-old apparently obtained the high-impact rifle legally and disguised himself as a woman to hide his identity and make it easier to flee, a police spokesman said on Tuesday.

The US has long struggled with gargantuan levels of gun violence. At the end of May, an 18-year-old gunman massacred an elementary school in Texas: he killed 19 children and two teachers in the small town of Uvalde before he was shot dead by the police. Just over a week earlier, an 18-year-old had shot ten people in Buffalo, New York state, investigators assume a racist motive.

The killing sprees reignited the discussion about stricter gun laws. Firearms are often readily available in the United States. According to the CDC, nearly 20,000 people were shot nationwide in 2020 — more than 50 a day.

US President Joe Biden said he was “shocked by the senseless gun violence that has once again brought grief to an American community on Independence Day.” His statement said: “I will not give up the fight against the epidemic of gun violence.” Biden and his Democrats have long called for tougher gun laws. However, far-reaching reforms repeatedly fail due to the resistance of the Republicans in Congress and the influence of the powerful gun lobby organization NRA.

Last month, buoyed by the Texas shootings and other bloody crimes, Congress passed a bipartisan gun control law, but it fell far short of Biden’s proposed reforms. Experts rated the tightening of gun laws as the most important since the mid-1990s. In terms of content, however, the law is only a non-partisan minimal compromise that critics call completely inadequate.

The law, signed by Biden late last month, provides for more intensive screening of gun buyers under the age of 21. It is also about expanding state laws to take weapons away from potential threats. Illegal arms trafficking should be punishable at the federal level. In addition, billions are to flow into mental health care and anti-violence programs. Additional funds are also earmarked for the safety of schools. The ban on assault rifles demanded by Biden and his Democrats is missing from the law.