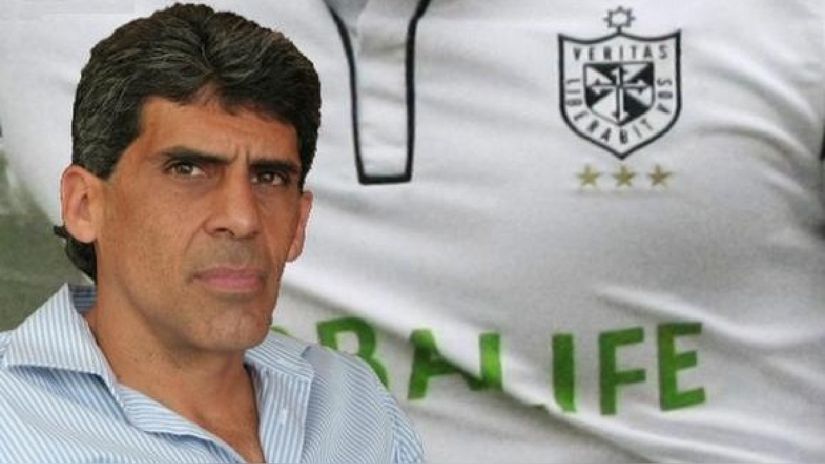 This Monday the Disciplinary Commission communicated the sanction to Álvaro Barco, Sports Manager of San Martín, after being sent off in the match against Sporting Cristal on September 3 for the date 2 of Phase 2.

According to the document, Álvaro Barco was suspended for four dates and will not be able to enter the stadiums to witness his club’s matches. In addition to having to pay an economic fine of 1 UIT (4,400 soles).

This sanction is based on article 106, numeral 2 of the RUJ-FPF, which establishes: “Any person or authority may inform the competent judicial bodies of conducts that they consider contrary to the FPF regulations or the bases of the respective tournament.” .

It also adds that the arbitration report issued by Kevin Ortega warned of “unsportsmanlike conduct with little qualifications and expletives expressed literally in the aforementioned report by Mr. Álvaro Barco Andrade towards the person of the referee.”

Álvaro Barco will not continue in San Martín:

In recent days, RPP Noticias learned that the Sports Manager of the ‘holy’ team decided to leave office once this season ends. The decision has already been communicated to the San Martín club and, due to a contractual issue, it will only continue until the end of the year.

Is it necessary to apply a booster dose against Covid-19?

Vaccines protect against severe illness and death from coronavirus. However, there is still no consensus regarding the need to receive a third dose to be better protected. Dr. Elmer Huerta explains to us what science is saying right now.