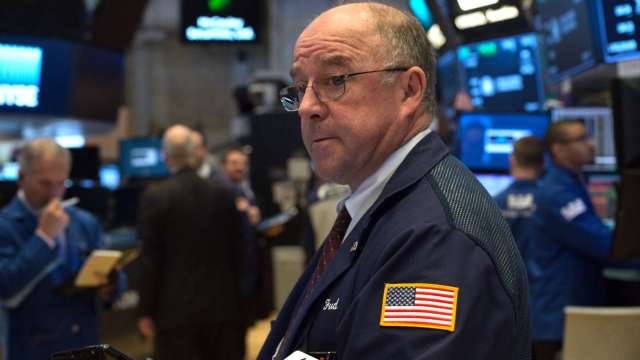 Concerns about the slowdown in the growth of large technology stocks dragged down major US stock indexes to open lower on Friday (30th). Before the deadline, the Dow Jones Industrial Average fell 25 points or 0.07%, the Nasdaq Composite fell 0.9%, the S&P 500 fell 0.5%, and Feiban fell 0.2%. Amazon (AMZN-US) Due to Thursday’s after-hours announcement that the latest sales were not as good as expected, and warning of a slowdown in growth in the second half of the year, the opening fell more than 7%.

Contains Facebook (FB-US),Apple (AAPL-US), Microsoft (MSFT-US) And Alphabet(GOOGL-US) All the large growth stocks in the market opened lower, dragging down the Nasdaq and S&P.

In recent weeks, potential signs of a slowdown in economic growth have emerged, coupled with the continued global supply chain crisis, which has slowed the rise of US stocks.

According to economic data, the core personal consumer expenditure price index (Core PCE) in the United States in June increased by 3.5% annually, higher than the previous value and hitting a 30-year high, indicating that inflation is still rising, but slightly lower than market expectations. At the same time , Personal expenditure and personal income continue to grow.

Caterpillar (Development Heavy Industries)CAT-US) Although the announcement of the financial report performed well, it also warned that higher commodity costs may weaken the profitability of Q3, and the opening fell by more than 1%.

Procter & Gamble announced that its fiscal year 2021 Q4 financial report was better than expected, but it also warned that rising commodity costs and freight rates may affect future earnings. In addition, the company also announced that the current chief operating officer Jon Moeller will replace David Taylor in November as the new chief executive officer of P&G, who will serve as chairman of the board of directors.

Benefited from improved cost structure and better market conditions, Exxon Mobil announced that its Q2 revenue will double to 67.7 billion in 2021Dollar， Net profit near 4.7 billionDollarOr 1.10 per share Dollar, Write down the highest level since the end of 2019.

Caterpillar announced that its Q2 revenue and profitability for 2021 are expected to be excellent. Although terminal demand has recovered since the epidemic, management warned that considering higher materials and R&D costs, the growth of Q3 operating profit ratio may slow down compared with Q2.

Sebastian Mackay, Invesco’s multi-asset fund manager, said that there are too many factors affecting the market. We have entered a more turbulent period, but considering that the economy continues to grow, the stock market will continue to rise.

Meghan Horneman, head of portfolio strategy at Verdence Capital Advisors, believes that the GDP data released yesterday is not bad, and the economic performance is between not so good and not too hot, which can push the Fed to the negotiating table.