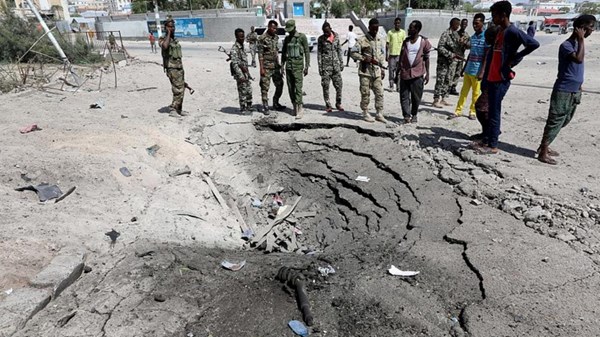 Today, Tuesday, the US military carried out an air strike against the extremist terrorist movement Al-Shabaab in Somalia, the first since President Joe Biden took office at the end of January 2021.
Cindy King, a Pentagon spokeswoman, said that the Africa Command (AFRICOM) “carried out an air strike today in the outskirts of Galkayo,” 700 kilometers northeast of the capital Mogadishu.
The spokeswoman said the strike targeted the terrorist group Al-Shabab and the results of the operation are currently being evaluated as fighting continues on the ground between the militants and government forces.
“The leadership’s initial conclusions are that no civilians were killed or injured in this strike,” she added.
It is the first air strike carried out by the US military in Somalia since January 19, when AFRICOM announced that it had killed three terrorists from the extremist Al-Shabaab movement in two raids in Jamame (south) and Deep Sinele (north of Mogadishu).
Upon reaching the White House, Joe Biden limited the use of drones outside of war zones in which the United States is officially involved, in contrast to the policy of his predecessor, Donald Trump, who gave carte blanche to the military in countries such as Somalia.