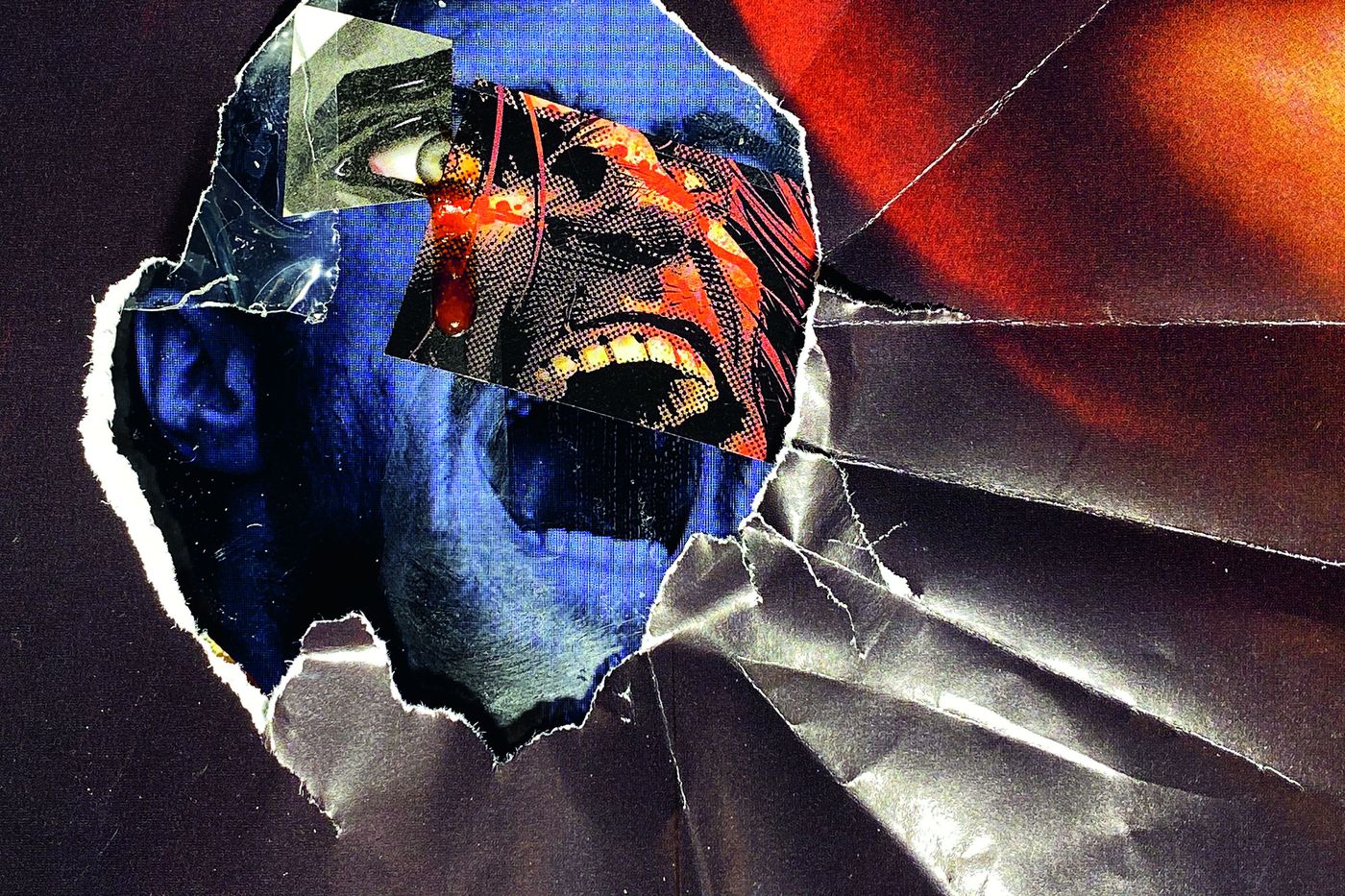 There are two ways to approach the exhibition by Christian Marclay have Centre Pompidou. The first is not to sulk his pleasure, so much this American-Swiss artist is a virtuoso of the collage of sounds and images borrowed from the disc, the cinema, the comic strip, the social networks. The other is to identify the political tenor buried in most works.

In 2014, the French public was able to discover, fascinated, already in Beaubourg, The Clock (2010), awarded a Golden Lion at the Venice Biennale, a montage of thousands of film shots interspersed with clocks, alarm clocks, watches, actions or dialogues staging the 24-hour parade , like a memento moriperfectly synchronized with the real time of the projection.

The Center Pompidou retrospective did not reactivate this sprawling device. Its curator, Jean-Pierre Criqui, preferred to unveil a rich collection of around a hundred works, including eight video installations, with the ultimate culmination Doorsa novel from 2022, where Christian Marclay has fun opening and closing a succession of doors taken from films, in a labyrinthine loop with no way out.

Favorite weapon of this jack-of-all-trades, humor recurs as a leitmotif throughout the course. Upon entry, Dictators (1990) sets the tone. It is an assembly of vinyl covers which all feature conductors, in a succession of authoritarian gestures worthy of Chaplin. On the opposite wall, Incognita (1990), another collage of record covers, responds with pin-ups in lascivious poses, partly naked, or a rose in their mouths. Two reflections of the gender stereotypes conveyed by the music majors!

The instruments modified by Marclay are just as amusing, like his stool-hunting horn, no doubt intended to be played, seated, by a petomaniac. The artist still delights us with his onomatopoeia cut from comic strips, which he assembles into visual scores played regularly by musicians. In Surround Soundshe explodes « Boom »bouncing off « Pop »spinning “wiss” on hypnotic screens that encircle the visitor.

Behind the immediate seduction of these images, however, hides a dark look at the fractures of America. Most of the collage-montages thus seem to be toiling desperately to repair this great social body, to restore to it an improbable cohesion. “I create in reaction to what is happening. I try to put the fragments back together, to make something out of them,” confirms Christian Marclay, interviewed by The cross.

See Video Quartetwhere he mixes on four simultaneous screens shots of dancers and musicians, professionals or amateurs, from jazz, classical or musical comedy, of all colors, ages and sexes, creating a utopian concert where joyful, grating moments alternate or romantic!

“All these images were born during the presidency of Donald Trump”

In total rupture with this quest for harmony, Guitar Draga film showing an amplified electric guitar dragged by a pick-up vehicle in a heartbreaking cacophony, recalls the martyrdom of James Byrd Jr, a disabled African-American, killed after being similarly dragged down a road in 1998 in Texas .

Not far from these shrillnesses, on four large serigraphs on canvas, a barely visible door is surmounted by the sign « Silence »… The title of this series, Electric Chairgives the key: these works take up a detail of Warhol’s serigraphs based on photos of American execution rooms, where we know that the vast majority of those sentenced to death are black.

At the start of the journeyChorus (1988), an early work by Christian Marclay, brought together photographs of open mouths – black and white, female or male – singing. Thirty years later, they only scream, in collages and woodcuts of manga figures, torn, crumpled, revisiting the famous Cri d’Edvard Munch. “All these images were born during the presidency of Donald Trump », soberly indicates the artist. They form, at the end of the exhibition, another choir as silent as it is deafening.

1955. Born in San Rafael (USA) into an American-Swiss family.

1986. First exhibitions of his Recycled records (cut and reassembled records) in New York and Berlin.

2003. Retrospective at the Hammer Museum in Los Angeles.

2007. Exhibition at the Cité de la Musique in Paris.

2011. Golden Lion in Venice for his video installation The Clock.

2015. First acoustic concert with found objects, at the Swiss Cultural Center in Paris.

Kong Gang was sentenced to life imprisonment for the fraudulent illegal income of the acquisition target of Lianchuang shares.

“I want to write right away!” 4 analog notebooks that can take notes of ideas and tasks at the fastest speed[Today’s life hack tool]| Lifehacker Japan