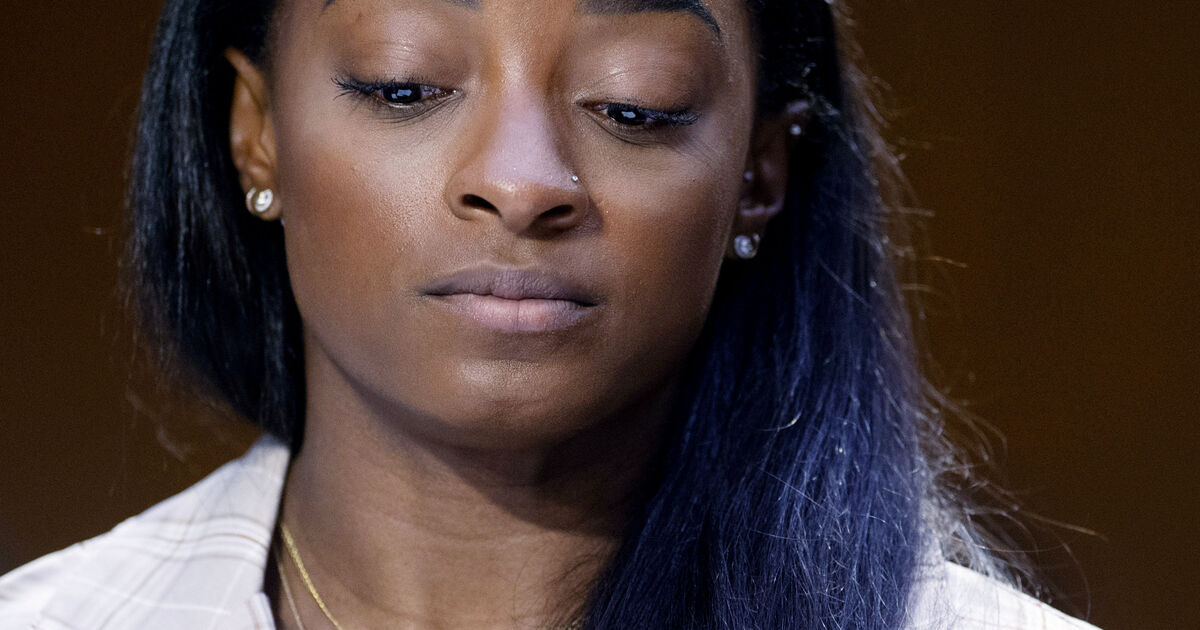 There is the direct, raw, overt responsibility of the aggressors. And there is that of those who close their eyes, turn away their heads. “We have been let down and we owe an explanation”, sums up, her voice broken by emotion, the 24-year-old American gymnast Simone Biles before a Senate committee on the Larry Nassar affair, the former pedophile doctor of the United States women’s team, of which she was one of the many victims. This commission is responsible for examining the “Breach of duty” of the FBI in the conduct of the investigation. Alongside Simone Biles, gymnasts McKayla Maroney, Maggie Nichols and Aly Raisman also denounced on Wednesday the inaction of the authorities in what is one of the most important cases of child crime in American history.

“My name is Simone Biles (…) and I am also a survivor of sexual abuse”. The emotion of Biles in front of Congress, with her tears when she has to pronounce the name of the pedophile Larry Nassar. She accuses USA Gymnastics of having closed her eyes and protected Nassar. #SimoneBiles pic.twitter.com/YQ8lkOdbv6

With her impressive track record, the one nicknamed “The Goat” (acronym for «Greatest of All Time», “The best of all time”) recalls with emotion: “My name is Simone Biles […] and I am also a survivor of sexual violence. ” 58-year-old ex-doctor Larry Nassar is currently serving a life sentence after being convicted in 2017 and 2018 of sexual violence. Since the beginning of the 90s, more than 250 gymnasts, most of them minors, have been victims of these acts within the gymnastics federation, Michigan State University and a gym club. “To be clear, I hold Larry Nassar responsible and I hold accountable an entire system that allowed and perpetrated this violence, the American Gymnastics Federation and the American Olympic Committee,” asserts the multi-medal champion in tears.

This hearing comes two months after the publication of a report by the General Inspectorate of the Department of Justice, an independent body, damning the FBI. In the viewfinder: the local office of the federal police in Indianapolis, seized in July 2015 on this case. The agents “Have made many fundamental mistakes in [enquêtant sur ces accusations] and violated several FBI rules ”, points to the report. In 2015, McKayla Maroney was 19 when she tried to describe the abuse to an FBI agent over the phone. At the end of the line, she receives “Silence and contempt”. “That’s all ?” indecently concluded the agent, as reported New York Times.

With the absence of empathy is mingled a glaring incompetence. “Not only did the FBI not investigate, but when [les agents fédéraux] finally made a report seventeen months later, they made false statements about what I said ”, accuses the 25-year-old former gymnast, who had been assaulted at the age of 13. A falsification of testimony deemed criminal by the young woman and forgotten without any sanction or criminal prosecution being taken by the Ministry of Justice. Locked up in his silence, the same department refused to testify before the commission.

Same guilty silence in the face of the testimony of Aly Raisman, victim of Larry Nassar in 2010. She had denounced him in 2015 to the Federation. “The FBI took fourteen months to contact me despite my numerous requests to testify”, ensures the 27-year-old athlete, who also scolds the reactions of sports authorities. “The FBI made me feel that my abuse didn’t matter and that it wasn’t real.” After the departure of the selection doctor in September 2015, he continued to work at the university and at the gymnastics club, claiming a hundred more victims. “It was like serving innocent children to a pedophile on a silver platter”, launches the athlete from Boston. Maggie Nichols, the first to courageously denounce this sexual violence to the Federation, would have been sanctioned: “My Olympic dream faded in the summer of 2015 when my coach and I denounced the assaults on Larry Nassar”, she says.

Director of the FBI since 2017, Christopher A. Wray could only recognize “The fundamental mistakes made in 2015 and 2016”. Addressing the victims, he deplores: “I’m sorry that so many people let you down over and over again.” The general inspection report is categorical: the FBI’s inaction has led to the assault of more than 70 young girls and women under the guise of medical treatment. Irreparable suffering. Faced with the pressing “why”, Christopher A. Way answers: “I don’t have a good explanation for you. What happened is not acceptable. ” Faced with the inexplicable, Christopher A. Wray stressed that various reforms recommended by the General Inspectorate’s report had been initiated within the FBI, in particular better training of agents on sexual violence.

Agent Michael Langeman, who interviewed McKayla Maroney, was fired from the FBI. Without being named in the report, its multiple missteps have been described in great detail. He neither dealt with this matter with urgency nor alerted the local or state authorities. A second special agent of the Indianapolis office implicated, W. Jay Abbott, himself retired voluntarily in 2018. In the list of his failings: false statements to investigators of the Department of Justice.

Simone Biles demanded to be informed about “Who knew what and when” about Larry Nassar. The champion dropped out of several events this summer at the Tokyo Olympics, saying she must “to deal with [s] are demons ”. A decision to put his mental health before the internationally acclaimed competition. Maggie Nichols also testified to the dramatic consequences of what she suffered: “The scars of this horrific violence continue to live with us all.”