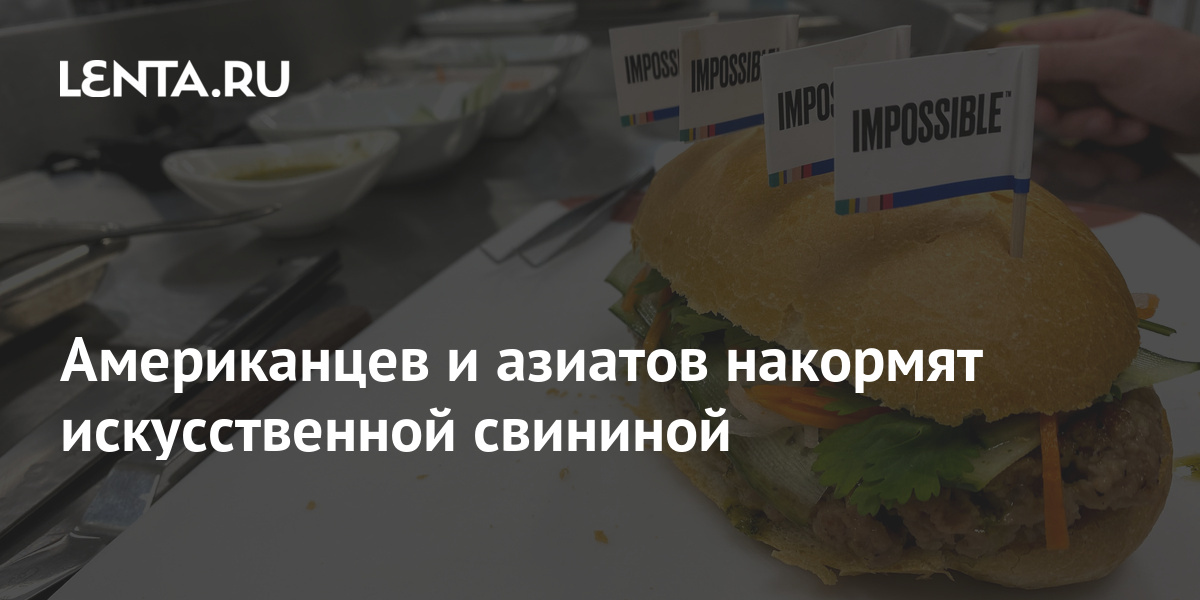 Impossible Foods will launch artificial pork production in the United States, Singapore and Hong Kong. First, Americans and Asians will be fed meat in restaurants, and soon after that it will appear in stores. Writes about it writes CNBC.

The head of the company, Dennis Woodside, is confident that artificial pork can surpass the real one not only in price, but also in taste. This is evidenced by a blind test conducted in Hong Kong. 54 percent of respondents preferred Impossible Foods to regular pork.

In spite of everything.

The first country in the world to switch to bitcoin. Where it leads?

In addition, the soy counterpart is healthier than real meat. It is not as high in calories, it contains one-third less saturated fat, is cholesterol-free, and has the same amount of protein as regular pork.

The head of Impossible Foods argues that, unlike livestock farming, producing artificial pork is far less costly: 81-85 percent less water and 66-82 percent less land. In addition, 73-77 percent less greenhouse gases are emitted during the manufacturing process of the product.

The company strives to become a leader in the production of plant-based meat. Previously, she released on sale artificial beef and soy chicken nuggets. Impossible Foods announced plans to go public in the coming year with a capitalization of $ 10 billion. It has already received $ 1.5 billion from private investors who are showing great interest in test-tube meat.