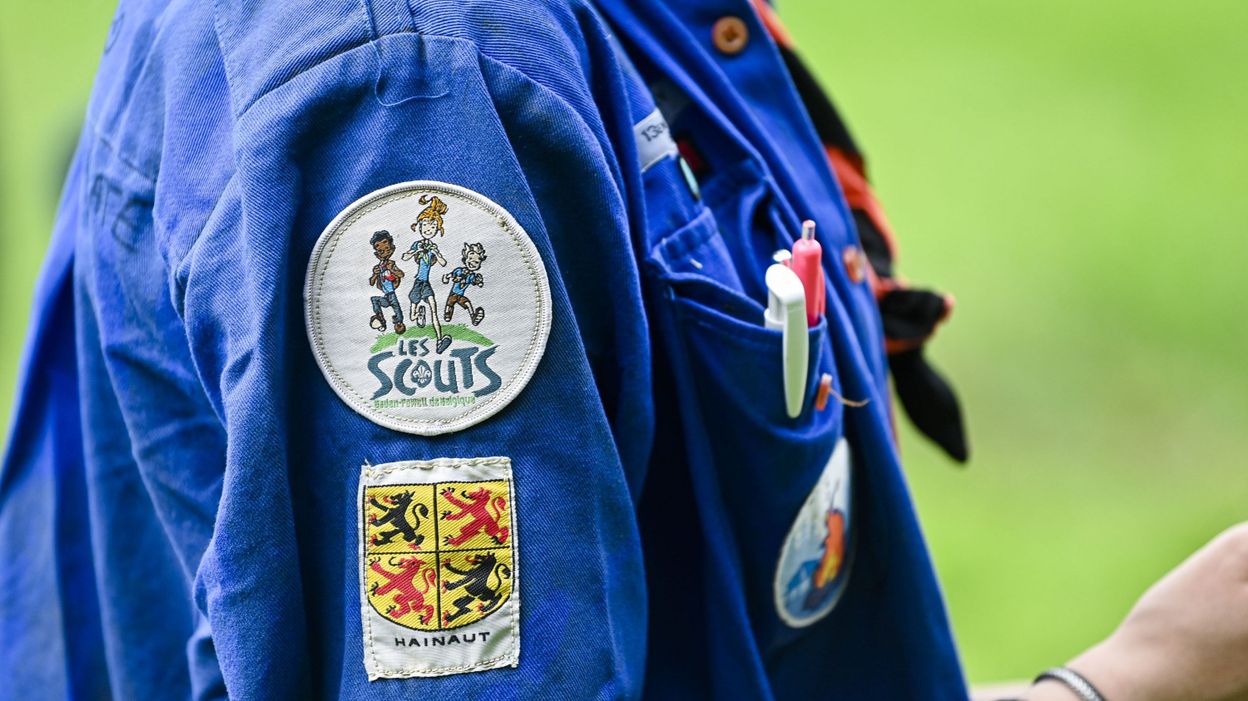 The youth movements made their comeback during the month of September. After long months of pandemic, it is a return to freedom for many young people. More and more of them are joining a unit: the number of new recruits has tripled this year.

Last year, they were 1000 young people to join the scouts. They are 3000 this year. This success is not insignificant, and has not gone unnoticed within the various units.

Among the scouts of Biesme, there is even talk of a waiting list. “We have had a waiting list for Cubs for three years. But until now she was quite small. This year, the Cub leaders have decided to take as many young people as possible. But despite this, there are still three waiting“, notes Éléonore Di Grado, head of the baladins section.

The unit square was really gigantic. We had to scream super loud to be heard by everyone

On the side of the youngest, aged six to eight, “They were 16 last year. And this year there are 29.” So when the unit gets together, it’s crowded. “This Saturday, at the end of the meeting, we make a unity square, it is a gathering with all the sections. And the unit square was really gigantic. We had to scream super loud to be heard by everyone“, explains Éléonore.

In Tournai too, the scouts are a hit. Saint Paul Unit is seeing a 25% increase in enrollment. The pack, for example, was supposed to number twenty Cubs and yet there are now 35.

“It is true that it is a lot. They are new in the staff so it remains manageable. Indeed, if we climb into the forties – which is likely to happen because we still have a lot of new ones until November – it becomes difficult to manage“, recognizes Florentin Delbart, the unit coordinator.

While some units can afford to accommodate a lot of young people, some will have to refuse. This is therefore the case in the Biesme family unit. But it is certainly not the only one: the number of chefs and equipment required is not always sufficient.

But sometimes even the big units have to refuse young people. “There are areas with a high density of scouting, where there have always been fairly large units historically. And they have to refuse members because a lot of young people in the region want to scout “, to analyse Adrien Mogenet, spokesperson for the Federation of Scouts.

This is part of a current project which aims to offer scouting and youth movement activities to all young people who want it.

“This is a problem that we are tackling at the federal level: we are trying to identify the units in which there are waiting lists. And we are thinking about solutions to possibly open new groups, and sometimes to split groups that would become too big.“, reassures the spokesperson for the scouts.

“This is part of a current project which aims to offer scouting and youth movement activities to all young people who want it. And indeed, today, that is not the case.“

The health crisis is certainly not innocent in the face of this craze. It must be said that, during the pandemic, the youth movements were able to continue to organize activities. What attracts young people, forced to stay at home.

“We have the impression that it was a possibility for some young people to take an interest in youth movements, since it offered them a way to spend time with young people of their age and to get out of their homes.“, explains the spokesperson for the Federation of Scouts.

►►► Read also : all our information on the coronavirus

This is indeed what many young people say. “I was tired of always staying at home, because nothing is done there. It was nice to be able to run in the park and do activities“, testifies in this direction a young elf from Tournai.

And if the children are delighted with the return of activities, so are their leaders. “We were locked up all the time for a year, behind a computer. And so getting back in the air seeing more people and taking care of the kids, it’s lovely to see“, rejoices Mojca Catoir, elf leader in Tournai.

A big breath of fresh air, every Sunday morning, it makes them happy

“Kids really need to bond with new people and get some fresh air. A big breath of fresh air, every Sunday morning, it makes them happy “, concludes elf leader Alice Crucq.

Of course, the number of new recruits is increasing, but the number of facilitators follows the same trend. “The animators whose year of the covid was the last year were a little unsatisfied“, explains Adrien Mogenet. So they decided to start again for a new year… and that too is good news.