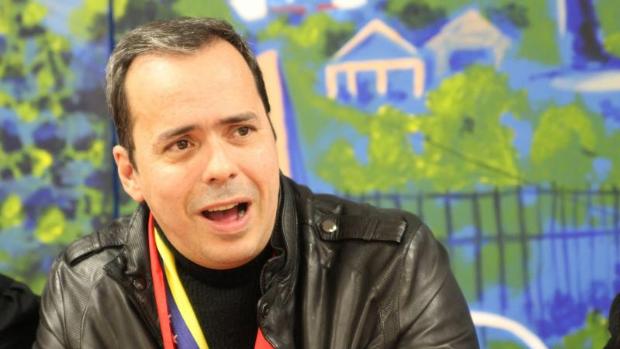 Venezuelan political strategist Juan José Rendón, head of the Strategy Committee of the opposition Juan Guaidó, admitted on Wednesday that he had signed a contract with a representative of the Silvercorp military contractor, Jordan Goudreau, to whom he paid $ 50,000, to carry out an attack. to end with the arrest of several government officials.

“It was an exploration to see the possibility of capturing and bringing to justice members of the regime (from Nicolás Maduro) with ‘indictments’, arrest warrant, etc.,” Rendón acknowledged in an interview with CNN in Spanish in the one that maintained that Guaidó did not sign the agreement and that Goudreau finally did not receive a “green light” for the operation.

J.J. Rendón, as he is known, assured that it was “a preliminary agreement that did not become effective.”

A version consistent with that of the detainees
Between Sunday and Monday, the Venezuelan authorities intercepted two attempts at maritime intervention in the states of Aragua and La Guaira, near Caracas, in which eight people died and 18 others were detained.

Those arrested include two US citizens, Airan Berry and Luke Denman, both former military members and who had a Silvercorp ID, according to evidence released by the Venezuelan government.

Denman assured that he had orders to take control of the airport near Caracas, to send Maduro to the United States, where he is wanted for various crimes related to drug trafficking.

In an interrogation whose video was broadcast by the Venezuelan president, Denman explained that his part of the plan, described by the Venezuelan government as a frustrated invasion, was to establish “own security”, communicate with the towers of the airport that serves Caracas and “Bring in the planes.”

“One (of those planes) was to take Maduro and take him to the US,” he added.

In his interview with CNN in Spanish, J.J. Rendón explained that so far only seven of the eight pages of the signed agreement have been shown, which had “42 pages of annex”.

They explained “the exploratory purpose of that agreement that was never executed, perfected. Understand, no progress was made in any of the preambles for it to become effective, “added the strategist, who has spent much of his political career in Colombia.

According to their version, they were “charged with analyzing all possible scenarios for the cessation of the usurpation” that they consider Maduro to be the Venezuelan Presidency.

For this reason, they discussed the issue with Goudreau but it was not “a public thing, it was not for speaking in the media, it is kept discreet.”

It is in this context that “many meetings were held at that time to determine the feasibility in all aspects: legal, military, economic, financial, international, diplomatic, of an eventual action to capture people with indictments. ‘», Added JJ Rendón.

Response by not controlling a police force
“The legitimate government of President Guaidó does not control a police force in the country, with which all scenarios were analyzed, alliances with other countries, their own actions, from insiders who do not know (Maduro) and fold the Constitution, the use of eventual actors who were outside (or) of retired military, “he said.

And he stressed: “As the president (Guaidó) said well, we are analyzing things above the table and under the table.”

However, he assured that, despite the signing of the contract and the payment, they subsequently notified Goudreau that the contract was “canceled” but he understands that the contractor assumed “that it was in force” and tries to protect himself “in this suicidal operation”. .