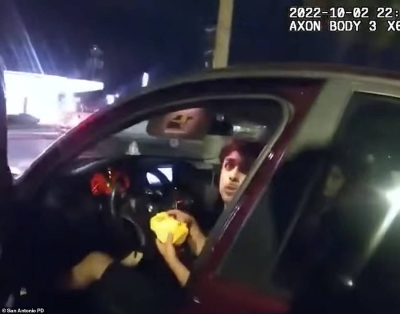 Translation exclusiveA video clip showed an American policeman firing a “hail of bullets” at a teenager while he was eating a burger in his car in San Antonio, USA.

And the video, which was published by the newspaper “Daily Mail”, spotted the teenage young man sitting in his car and eating a burger outside McDonald’s alongside a girl.

The video showed the officer approaching the teenager’s car and asking him to get out, after he hit his car, which the young man met with refusal and fled from the policeman who shot him with a hail of bullets.

Anushka gets angry with those who tried to take Vamika’s picture; The video went viral