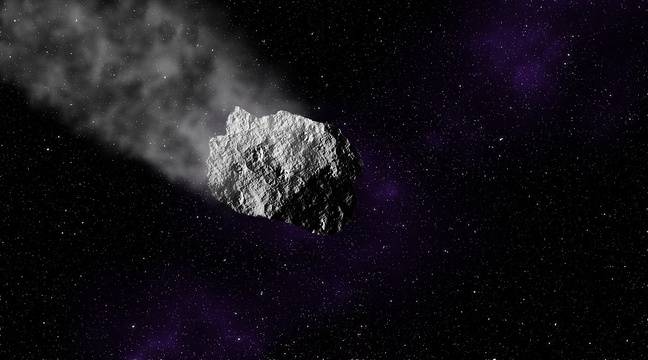 A asteroid was seen in Germany, Switzerland and several regions of France, late Sunday afternoon. The celestial object thus crossed the skies of Champagne-Ardenne, Burgundy Franche-Comté and Center-Val-de-Loire at 5:41 p.m. before disintegrating about fifty kilometers above Montargis (
Loiret), report this Monday
France Blue Orleans.

“It is a phenomenon which is not unprecedented, but which one observes in France only once a year approximately”, explained to our colleagues Eric Chariot, director of development at the astronomical society of Burgundy.

Very beautiful car ???? seen this evening by several witnesses and captured by several cameras of the FRIPON network, if you saw it, do not hesitate to testify on https://t.co/TP8JFhPqeE pic.twitter.com/laxuJDHMhV

Several images of the scene were relayed on social networks. According to the site Vigie-Ciel, the phenomenon was observed by at least 115 eyewitnesses. The asteroid became luminous when it was 87 km above sea level and flew over the town of Bar-le-Duc (Meuse). Its speed was then estimated at 25 km / s, or 90,000 km / h.

The object, weighing 2 kg, remained bright for about ten seconds before disappearing east of Montargis. According to Vigie-Ciel, the calculations show “that there is probably no meteorite of significant size to look for on the ground”.

The company of the chocolate maker Darcis is saved

Brother of Changing Religion, Alyssa Soebandono: Please open your chest to be sincere