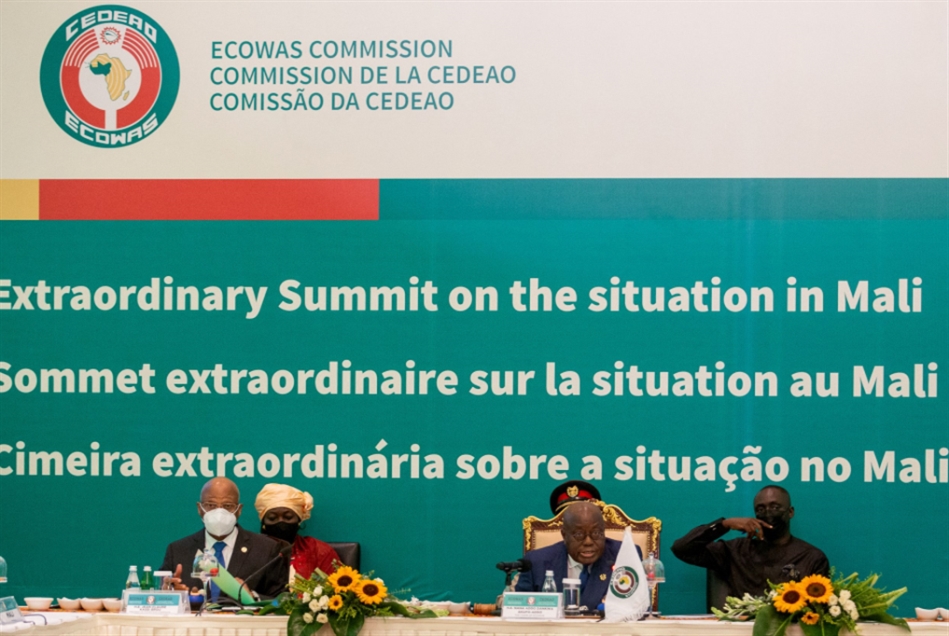 West African leaders flocked Sunday to Accra, the capital of Ghana, to discuss developments in Mali following the coup. The heads of state of Ghana, Ivory Coast, Nigeria and Burkina Faso, as well as Colonel Asimi Gueta, the current president of Mali, met. And the Mali Presidency announced on its Facebook page that “the Head of State (Guetta) will hold a bilateral meeting with his Ghanaian counterpart and bilateral talks with Mali’s partners and friends.”

This extraordinary summit comes after French President Emmanuel Macron’s statements in a newspaper interview, published on Sunday, that Paris will withdraw its forces from Mali if this country moves “in the direction of Islamic extremism.” Macron also confirmed that he “passed a message” to the leaders of West African countries that he “will not stay on the side of a country that no longer has democratic legitimacy.”

Last Tuesday, Paris condemned the arrest of President Bah Ndao and Prime Minister Mukhtar Awan by Guetta, describing this move as a “coup”. At the time, Macron said, in an interview with a French newspaper, during his visit to Rwanda and South Africa, that he “told Malian President Bah Ndao that it is impossible for radical Islam to exist in Mali with our soldiers there,” and stressed that “if things go in this direction, I will withdraw.” ».

He recalled that three years ago he was thinking of leaving Africa, but “I stayed at the request of countries because I thought that the exit would cause instability. But the question is raised and we are not in the process of staying there forever.”