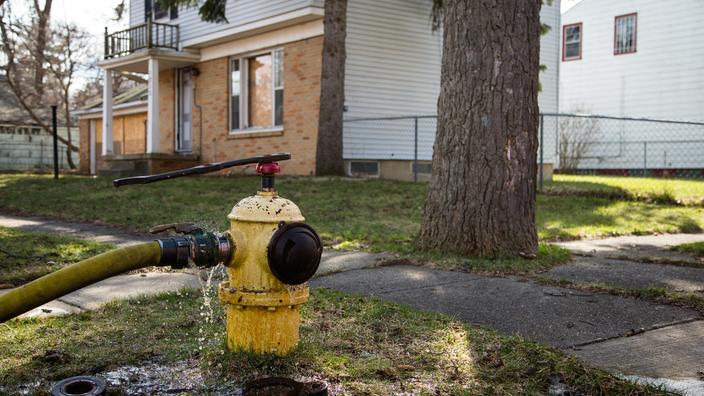 Bad surprise for a resident of Maizières-les-Metz in Moselle, whose water consumption reached 2 million liters without explanation.

Michel Kaufmann has lived for 10 years with his family in a pavilion in Maizières-les-Metz. Last December, a letter with acknowledgment of receipt from the water supplier Veolia informed it that its consumption exceeded double its usual annual volume. Astonished, he seeks to understand the origin of this overconsumption, and discovers that his annual volume of water consumption has not doubled but has multiplied by 18, from 70m³ per year usually to 1298 m³ when he receives the alert mail, until reaching 2 million liters two months later. “I had consumed in a week, the equivalent of my water consumption in a year“. All this for no visible reason.

Read also :Your water leaks cost you hundreds of dollars a year

He calls in a first plumber who claims to have found the leak by detecting condensation behind a pipe, and asks him € 600 for the diagnosis. The counter needle is still turning. He then called on a company specializing in the search for leaks, which for three times cheaper, detected the origin of the problem at the level of a pipe buried in the garden. Since the insurance only covers the damage inside the house, he will have to pay the € 2,200 for repairs himself. “All this stupidly, because of a nested pipe that fell apart“. You have to wait three weeks before the operation, so he takes care to cut the valve every evening for ecological reasons, because the water is still flowing.

On the side of Veolia, while Michel Kaufmann feared an exponential bill, things are taking a better turn. The rule in the event of a leak declared in the month following receipt of an alert is not to pay more than twice its current consumption. In this case, the leak being invisible, difficult to notice that it dates from the beginning of March. “I didn’t think of checking out the Veolia website before», He would have been alerted by email in April, but said he had not received anything before the December letter. At the beginning of January, Veolia automatically debits it € 3,600 for its consumption in 2020. “It was a total of € 7,000 of bill hanging in my face.» «I was worried because Veolia, it’s very difficult to reach them, having someone on the phone is very complicated“. But Michel Kaufmann recounts his misadventure to a local newspaper, and Veolia quickly recalls it. “They apologized, but still didn’t know about the future of my bill“. Finally, Veolia told him that he will owe them nothing more than his current consumption. The opportunity for him to discover a useful service offered by Veolia to avoid this kind of problem: receive his daily or weekly consumption by SMS simply by registering on their site.

See Also:  why the well-tried procedure is more difficult today