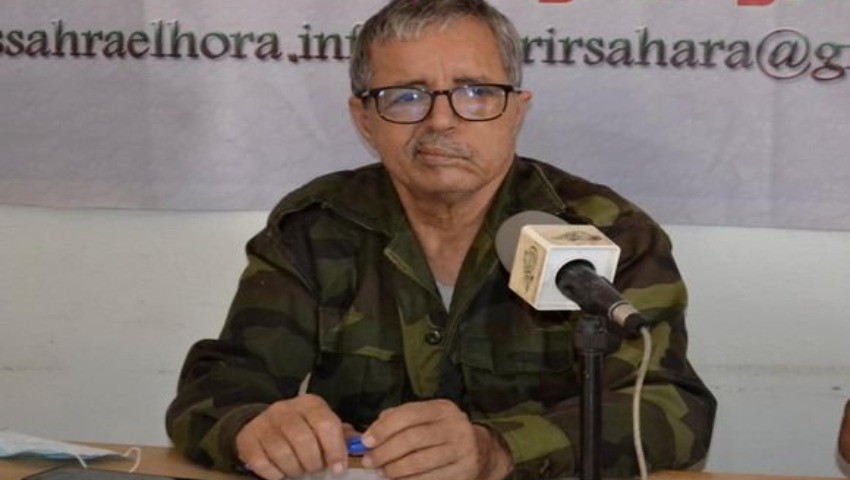 The Polisario encourages the Saharawis to commit attacks in the cities of the Sahara, controlled by Morocco. The appeal bears the signature of Mohamed El Ouali Akeik, the head of the Front army.

“The decision to resume the armed struggle did not exclude any region. All Sahrawi territories are a legitimate target for the fighters of the Sahrawi army”, he underlined. in press statements on the occasion of the commemoration of a Polisario party.

Remarks condemned by the Sahrawi Association for the Defense of Human Rights (ASADEH). “It is a direct incitement to the youth of the Sahara to carry out commando attacks against our cities. This serious declaration confirms that the main objective of the Polisario leadership is to create a climate of hatred and instability within the population of our region”, the NGO indignantly said in a statement sent to Yabiladi.

ASADEH considers this appeal as “an apology for the commission of terrorist acts”. And to recall that the military chief was already condemned in 1975 by the Spanish justice, for his responsibility in the sabotage with the explosive against the conveyor belt of phosphate in Western Sahara.

A few weeks after his appointment, the 1is November 2021, as head of the Polisario army, Mohamed El Ouali Akeik had announced, in statements to a British newspaperthat “companies and consulates, airlines and other sectors (in the Sahara) are all potential targets of the Sahrawi army”.

Thousands of tourists once again fill the streets of Paris

Here is a review of the Huawei Watch GT 3 Pro, the latest smart watch from Huawei – Atlas Sport Network